Australia criticized for high rates of Aboriginals in prison 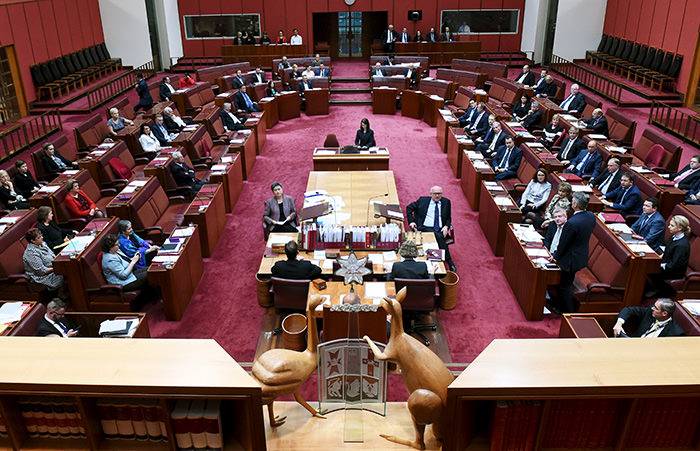 On the 25th anniversary of what was heralded as a game-changing report on Aboriginal deaths in Australian prisons, an indigenous rights campaigner says the government's success claims are based on skewed facts.

Amnesty International's Julian Cleary told Anadolu Agency on Friday that there has been no overall drop in the reported number of indigenous deaths in custody since a royal commission tasked with investigating the matter published its recommendations.

"Australian Institute of Criminology figures show that around 340 indigenous people have died in custody since the [Australian Royal Commission into Aboriginal Deaths in Custody] handed down its findings," he said.

According to news broadcaster ABC, indigenous Australians make up less than three percent of the country's general population -- but almost 30 percent of those in prison.

On Thursday, Indigenous Affairs Minister Nigel Scullion stressed the need "to acknowledge the progress that has occurred to reduce indigenous deaths in custody".

"The success in bringing down the rate of deaths in custody for First Australians should bring hope that… we can reverse the trends that have seen increasing numbers of Aboriginal and Torres Strait Islander people coming into contact with the criminal justice system," he said in a statement.

Cleary warned Friday that the minister's claims disguise the fact that "successive governments have sat on their hands for an entire generation while the problem has escalated", with "crucial findings" being ignored.

The Commission was established in 1987 to investigate the causes of deaths of Aboriginal people held in State and Territory jails, in response to growing public concern that such deaths were too common and inadequately explained.

The final report -- signed on April 15, 1991 -- made 339 recommendations, mainly concerned with procedures for persons in custody, liaison with Aboriginal groups, police education and improved accessibility to information.

According to Scullion, "many of the royal commission's 339 recommendations, particularly those focused on reducing the risk of death in custody, have been implemented by state and territory governments."

Cleary, however, says that while it's factually correct to say that many of them have been addressed, "there's a whole swathe more that have been completely ignored and they are the key ones in terms of reducing prison rates."

Specific recommendations, such as addressing conditions in cells that may lead to people hanging themselves, have been implemented.

But Cleary argues that what was identified as the key issue -- "reducing the number of people in custody by working with Aboriginal organizations and recognizing that locally devised strategies have the best chance of success" -- has been disregarded.

Despite making up 6 percent of Australia's total youth population, indigenous children account for more than half of the minors behind bars across Australia. In the Northern Territory, they represent more than 90 percent of children in detention.

Other key recommendations that address preventing and avoiding custody have not been implemented, according to Cleary.

A critical one, he says, targets Federal Government accountability and its work with States and Territories. Another, the funding of Aboriginal and Torres Strait Island legal services to enable adequate levels of legal representation and advice for Aboriginal children.

The much-publicized Royal Commission had investigated 99 indigenous deaths in police and prison custody.

On Tuesday morning, the lawns outside Federal Parliament were decorated with eucalyptus leaves lit in a traditional smoking ceremony and 99 handprints were laid on the grass, signifying the lives that had been lost.

Jackie Huggins from the Change the Record Coalition -- an alliance of leading Aboriginal and Torres Strait Islander, community and human rights organizations -- reminded the gathering of mourners that there have been many more deaths since then.