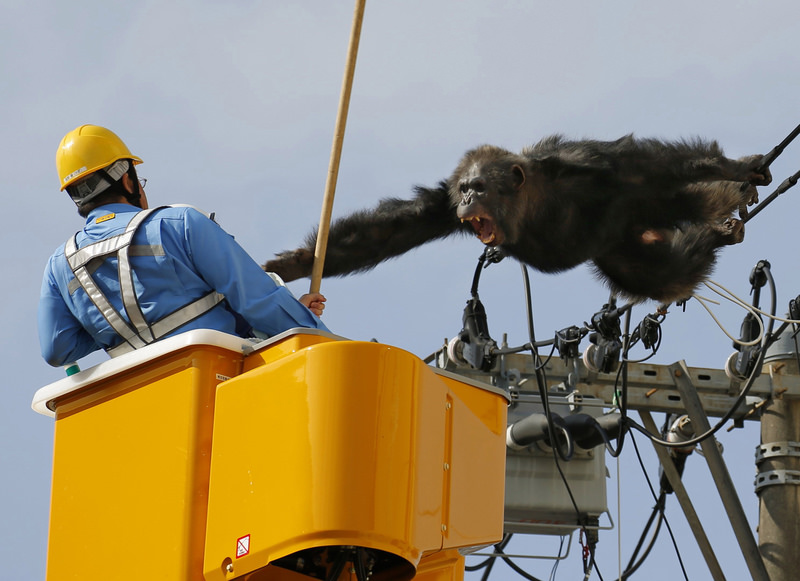 Chacha the chimpanzee made his own great escape on Thursday, fleeing from a zoo in northern Japan and leading authorities on a dramatic chase.

The male primate went missing from Yagiyama Zoological Park and was seen roaming in a neighbourhood in Sendai.

Video footage showed the 24-year old chimp atop an electricity pole, then swinging from power lines in between buildings.

A veterinarian was lifted up in a cherry picker to shoot him with a tranquiliser gun.

The chimp made his way to another pole, before loosing his grip and dangling from the lines as the sedative kicked in. He eventually fell to the ground where rescue workers had gathered with sheets.

Chacha has since made a full recovery, local media reported.