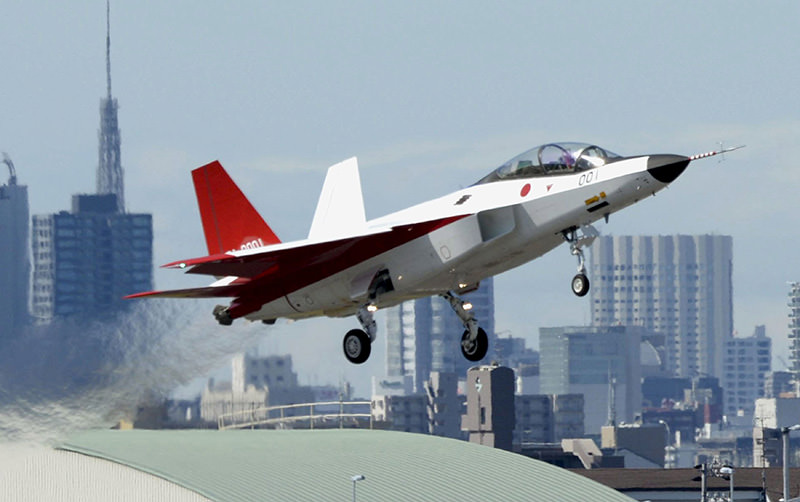 Technological super power Japan, despite strict constitutional constraints on the use of military force imposed after World War II, has one of the world's most advanced defense forces and the development of the stealth fighter comes as it faces new security challenges in the form of China's expanding force posture.

The domestically developed X-2 jet took off from Nagoya airport in central Japan on its maiden test flight as dozens of aviation enthusiasts watching the event erupted in applause as it lifted off into the clear morning sky.

The single-pilot prototype safely landed at Gifu air base, north of Nagoya airport, after a 25-minute flight with "no particular problems," said an official at the defense ministry's acquisition agency.

It was an "extremely stable" flight, the pilot was quoted as saying by Mitsubishi Heavy Industries, the main contractor.

"The control of the aircraft went exactly as in our simulated training sessions," the pilot added.

The inaugural flight, which followed extensive ground tests, had been postponed due to bad weather and malfunctions of parts used in its escape system.

"We also expect it can be applied to other fields and technological innovation in the entire aviation industry," Nakatani added.

The X-2, developed by Mitsubishi Heavy Industries and 200 other firms, measures 14.2 meter (47 feet) long and 9.1 meter wide and was built as a successor to F-2 fighter jets developed jointly with the United States.

Its delivery to the defense ministry is expected as early as next month and the acquisition agency "will continue analyzing data and check its stealth technology capability," the agency official told AFP.

Presently, only the United States, Russia and China have been internationally recognized as having successfully developed and flown manned stealth jets, the agency said.

Japan began the project in 2009 and has reportedly spent about 39.4 billion yen ($332 million) to develop the aircraft.

The country was barred from developing aircraft for a number of years after its defeat in World War II but eventually produced the YS-11, a propeller passenger plane that began flying in the early 1960s.