N. Korea would stop nuke tests if US stops mil. exercise with south 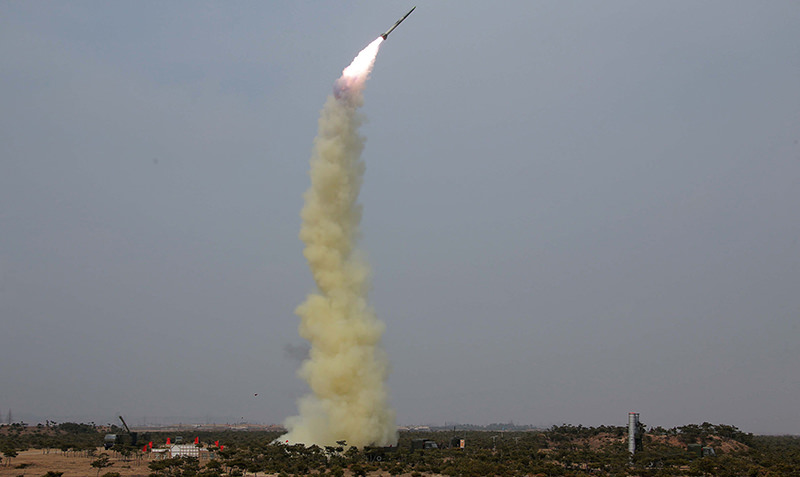 North Korean foreign minister said on Saturday that his country would halt nuke tests if US stops military exercises with South Korea.

He also defended the country's right to maintain a nuclear deterrent and warned that North Korea won't be cowed by international sanctions.

Foreign Minister Ri Su Yong, in his first interview with a Western news organization, held firm Saturday to Pyongyang's longstanding position that the U.S. drove his country to develop nuclear weapons as a deterrent. At the same time, he suggested that suspending the military exercises could open the door to reduced tensions.

"Stop the nuclear war exercises in the Korean Peninsula, then we should also cease our nuclear tests," he said.

North Korea on Saturday fired what appeared to be a ballistic missile from a submarine off its northeast coast, South Korean defense officials said, Pyongyang's latest effort to expand its military might in the face of pressure by its neighbors and Washington.

The South Korean officials, who spoke on condition of anonymity because of office rules, could not immediately confirm where the projectile landed. The Saturday evening launch of what the officials said was presumably a submarine-launched ballistic missile took place near the North Korean coastal town of Sinpo, where analysts have previously detected efforts by the North to develop submarine-launched ballistic missile systems.