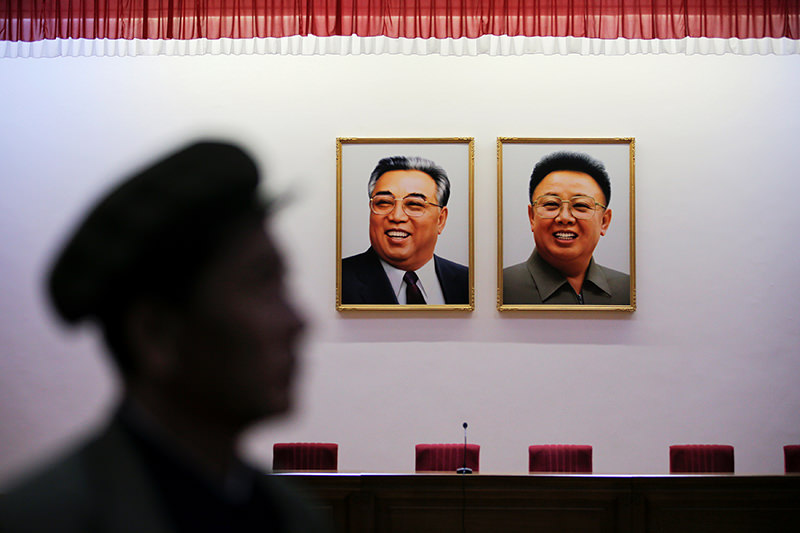 North Korea readied Thursday to kick off its most important ruling party gathering for nearly 40 years, amid persistent concerns of a nuclear test, despite no clear signs of an imminent detonation.

Leader Kim Jong-Un is expected to deliver a keynote address at the opening of Friday's party congress which will be minutely scrutinised for suggestions of a significant policy shift or personnel changes in the nuclear-armed nation's governing elite.

The 33-year-old Kim wasn't even born when the last congress was held in 1980 to crown his father, Kim Jong-Il, as the heir apparent to his grandfather and the North's founding leader Kim Il-Sung.

While the agenda -- and even the duration -- of the event is still unknown, it's main objective is widely seen as cementing Kim Jong-Un's status as supreme leader and legitimate inheritor of the Kim family's dynastic rule.

The congress is also expected to confirm, as party doctrine, Kim's "byungjin" policy of pursuing nuclear weapons in tandem with economic development.

Since Kim took power after the death of his father in late 2011, North Korea has carried out two nuclear tests and two successful space rocket launches that were widely seen as disguised ballistic missile tests.

Even as the international community responded with condemnation and sanctions, Kim kept the throttle opened up on the North's single-minded drive towards a credible nuclear deterrent with additional missile and technical tests.

There has been widespread speculation that the congress would be preceded by another nuclear test in a gesture of strength and defiance that would allow Kim to claim genuine nuclear power status in his speech.

In an analysis of the most recent satellite pictures of the North's main nuclear test site at Punggye-ri, the US-Korea Institute at Johns Hopkins University on Thursday said there was no clear evidence, one way or the other, of whether an underground detonation was imminent.

The images dated May 2 showed only a "very low level of activity," the institute said on its closely followed 38North website.

"Whether the level of activity indicates that Pyongyang has made all necessary preparations to conduct a nuclear test on short notice at this site or is associated with normal maintenance work remains unclear," it added.

South Korean government officials believe the North is ready to conduct a test as soon as the order is given, and say a decision might have been taken to test during the congress, which the world's media have been invited to Pyongyang to cover.

Officials in Seoul say they expect the congress to last four days, with the opening day devoted to Kim's speech and a lengthy report on the party's achievements.

The congress will also elect a new central committee, which in turn selects the party politburo.

Some analysts are predicting significant personnel changes, as Kim brings in a new, younger generation of leaders, picked for their loyalty to him.