Pakistan turns down US preconditions for F-16 sale 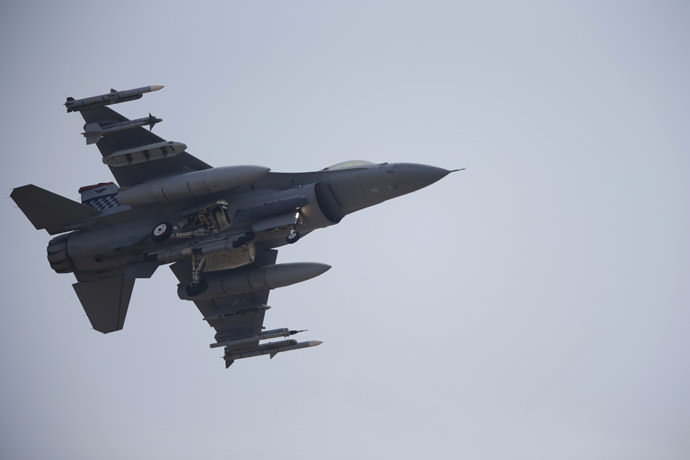 Amid a fresh diplomatic row between two close allies in the "war against terrorism", Pakistan on Saturday rejected U.S. preconditions for the much-publicized purchase of a batch of F-16 jetfighters.

"Pakistan's sole purpose for procurement of F-16 aircraft is to use them in its ongoing war against terrorism," Pakistani Foreign Secretary Aizaz Chadhry told reporters in Islamabad.

"No condition should be attached to this deal," he said.

Earlier this week, the U.S. State Department told Islamabad that it would have to use its own resources to pay for the jets.

The move came after U.S. Congress late last month rejected proposals to subsidize the deal due to ongoing reservations over Islamabad's nuclear program.

What's more, congress wants Pakistan to act against the powerful Haqqani Network -- an Afghan militant network responsible for numerous attacks on foreign and Afghan forces -- and for the release of a jailed Pakistani doctor who in 2011 allegedly helped the CIA track down Al-Qaeda chief Osama bin Laden.

According to the original deal, signed last October, Pakistan would pay $270 million for eight F-16 aircraft, while the remainder would be paid by Washington's foreign military financing fund.

Chadhry said efforts were underway to convince the Obama administration to adhere to the terms of the original agreement, as Islamabad lacked the funds to shoulder the entire cost of the jets, estimated at more than $700 million.

The foreign secretary added, however, that if the funding issue was not resolved, Islamabad may consider buying other fighter aircraft to meet its needs -- another indication that the South Asian nuclear state is considering diversifying its military procurement options away from the U.S.

Last year, the two countries inked a $2-billion deal for the construction of a 1,100-kilometer gas pipeline linking Pakistan's port city of Karachi to the northeastern city of Lahore.