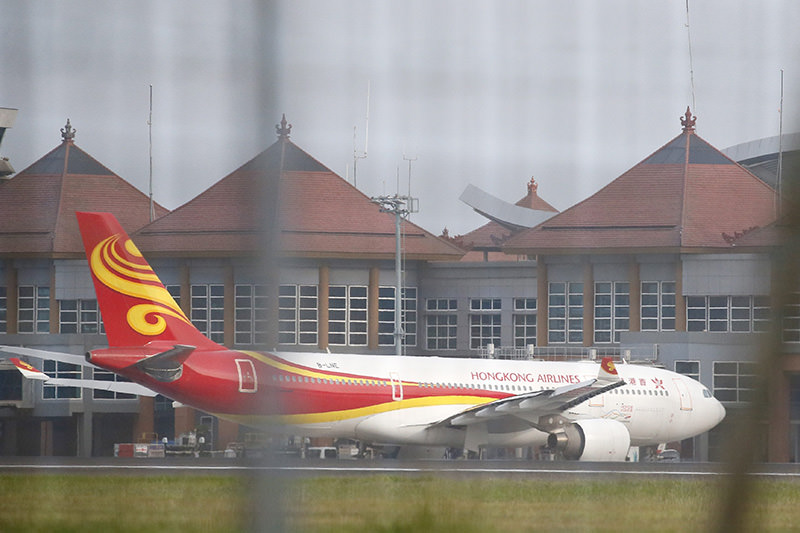 A Hong Kong Airlines plane is seen at Bali's Ngurah Rai Airport after landing following a turbulence incident, in Bali, Indonesia, 07 May 2016 (EPA Photo)
by Associated Press May 07, 2016 12:00 am

Seventeen passengers and crew were injured when a Hong Kong Airlines' flight ran into severe turbulence early Saturday on the way from Indonesia's resort Bali island to Hong Kong.

The plane encountered the turbulence above Kalimantan, Indonesia's part of Borneo, he said.

Most of the injuries were head bruises and there were no serious cases, Harjo said. Three crewmembers and eight passengers were brought to a hospital while six others were treated at the airport clinic, he said.

He said there was no damage to the plane, but an inspection was underway.

Ninety-five passengers were flown to Hong Kong on board a Garuda Indonesia plane Saturday morning while the rest were waiting at the airport and hotels.

It was the second such incident involving Airbus planes over Indonesian territory in the past four days.

On Wednesday, an Etihad Airways flight from Abu Dhabi ran into sudden turbulence as it prepared to land in the Indonesian capital, injuring 31 passengers and a crew.