At least 73 dead as buses collide with tanker in Afghanistan 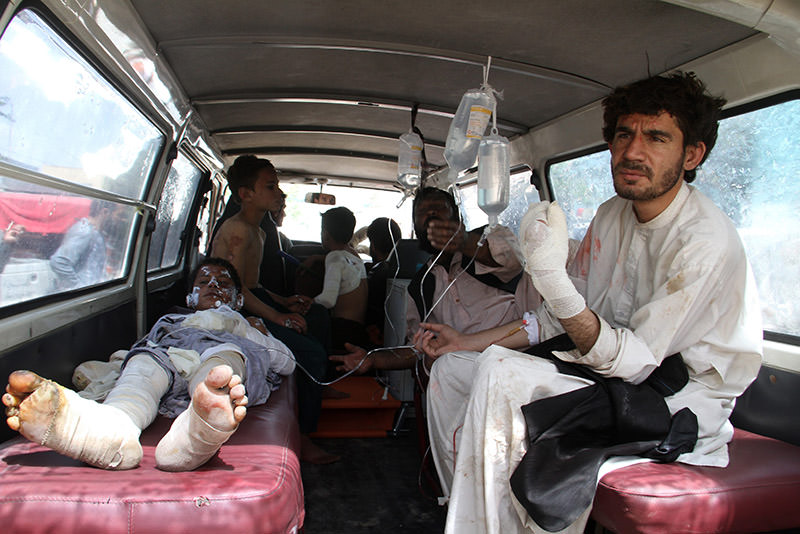 Two buses and an oil tanker collided on a major highway in eastern Afghanistan Sunday killing at least 73 peope according to the health ministry.

The ministry spokesman Ismail Kawoosi said "Most of the dead were burned beyond recognition."

Other officials initially claimed that there were seven dead, contradicting with what later came out to be 73.

"Seven passengers were killed in the traffic accident today and 72 others were rushed to hospital," Ghazni's governor Mohammad Aman Hamimi initially told AFP.

"Majority of the deaths were due to a fire aboard the buses after the crash."

Afghanistan has some of the world's most dangerous roads and deadly accidents are common.

At least 18 people were killed in May last year when a minivan overturned in the western province of Badghis.

In April 2013 a bus hit a wrecked fuel tanker in the southern province of Kandahar, killing 45 people.

The World Bank in November signed off a $250 million grant to upgrade roads crossing Afghanistan's Hindu Kush mountains, crucial trade links that are often closed in winter by snow.