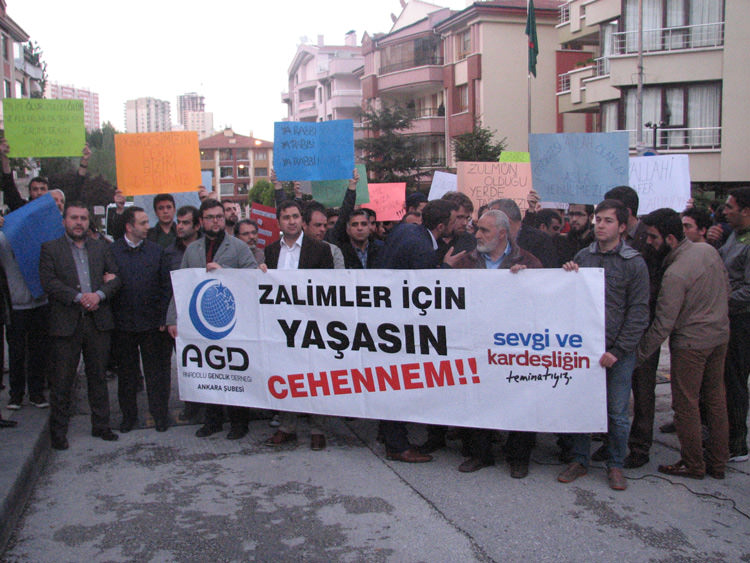 Turks have gathered overnight to protest the execution of the leader of Bangladesh's Jamaat-e-Islami group, Motiur Rahman Nizami.

In Ankara, a group of people connected to several Turkish NGOs protested in front of the Bangladeshi embassy late Tuesday, while members of the Anatolia Youth Association (AGD) gathered to loudly voice their objections in a park in Istanbul.

"Oh Muslim don't sleep, protect your brother," some yelled, while other chanted "Hell awaits the wrongdoers."

"Law cannot be implemented in the most brutal manner against the legitimate demands and choice of the people. Oppression cannot continue forever," he told Anadolu Agency.

"It is clear that peace and tranquility cannot be maintained in Bangladesh under the shadow of an oppressive regime, one that makes no legitimate claims, and has no conscience.of mercy in the world."

He had been sentenced to death in October 2014 after being accused of committing atrocities during the Bangladesh war of independence in 1971 by the International Crimes Tribunal.

Preparations for the execution began last Thursday when the country's Supreme Court rejected his request for a review of the death sentence issued against him.