Maoists still a force 50 years after the Cultural Revolution 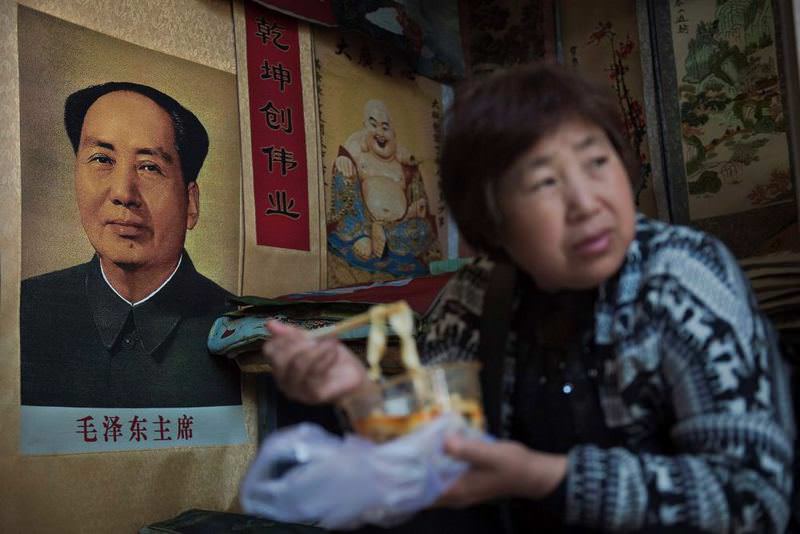 by Associated Press
May 16, 2016 12:00 am
Fifty years after Mao Zedong unleashed the decade-long Cultural Revolution to reassert his authority and revive his radical communist agenda, the spirit of modern China's founder still exerts a powerful pull. Millions of people were persecuted, publicly humiliated, beaten or killed during the upheaval, as zealous factionalism metastasized across countrywide, tearing apart Chinese society at a most basic level. Student groups tortured their own teachers, and children were made to watch mobs beat their own parents condemned as counter-revolutionaries. Gangs engaging in "armed struggle" killed at least a half million people while countless more committed suicide, unable to cope with relentless persecution. It was only in 1981, five years after Mao's death, that China's government officially pronounced the Cultural Revolution "a catastrophe." In the ancient city of Luoyang, the old, the poor and the marginalized gather daily in the main public square to profess nostalgia for the decade-long political movement, while downplaying that period's violent excesses. In the marble halls of power in Beijing, Cultural Revolution-era song-and-dance performances are being revived. China's liberals see ominous signs of a society tugged backward by ideological currents. Either it's because people have forgotten the Cultural Revolution or are increasingly dissatisfied with social conditions, but since the mid-1990s these kinds of ideas have been gaining currency," said Xu Youyu, a former Chinese Academy of Social Sciences researcher.

Maoists have largely embraced President Xi Jinping as one of their own, though he has never endorsed their views outright, and the nuances of his personal ideology, especially on economic matters, remain a cipher. Many see encouraging echoes of Mao's political style in Xi's crusade against corrupt party bureaucrats, and in his staunchly populist rhetoric, nationalistic bent and repeated demands for ideological conformity. The surge in Maoist sentiment and distrust of the status quo points to the complex risks facing China. The legitimacy of the Communist Party is staked upon both Mao's legacy and a tacit promise of bettering people's lives. Those two pillars may prove difficult to maintain as China navigates a painful economic transition that threatens to shed countless miners and factory workers and widen social inequality. While China went through similar reforms a decade ago, the economy was growing much faster at the time and citizens lacked organizational tools such as the Internet and social media platforms. Grassroots Maoism has been "blossoming in every corner" in the past few years as social media has taken off, said Han Deqiang, a prominent Maoist lecturer and professor at Beihang University in Beijing. The Cultural Revolution is considered to have begun May 16, 1966, when the Communist Party's Politburo purged a number of leading officials. Over the following decade, Mao deposed two heirs apparent, his "Little Red Book" of sayings was elevated to the level of holy scripture, and millions were imprisoned, sent to labor camps or exiled from the cities. Xi himself spent years living in a cave dwelling and laboring in the fields of his father's native province of Sha'anxi. Still, in Luoyang, a 3,000-year-old city in the central province of Henan, nearly every day retired or unemployed workers sing odes to Mao under a billowing Communist Party flag at Zhouwangcheng Plaza. People swarm around a clothesline and squint at dozens of pinned essays condemning the past 30 years of liberalization or positively reappraising the Cultural Revolution.

It was here in the plaza that Xu Xiaobin met a group of Maoist retirees who changed his thinking five years ago. That was before he was laid off from his 3,000 yuan ($460) -a-month machining job. "Even the word 'layoff' didn't exist" in Mao's time, Xu said, standing outside a shuttered state-owned gear factory that used to support his family of four. "You look on the Internet and there are people showing off their wealth. Then there are people like me, working under the sun in 40-degree (Celsius, 104-degree Fahrenheit) heat." Many have taken their grievances to Luoyang's streets. Thousands of decommissioned army veterans have been petitioning for years for retirement benefits, which have led to confrontations with police, who break up even private meetings in restaurants, said veteran Qin Shuiyan. Perhaps no one has drawn Luoyang authorities' ire more than Wang Xianfeng, a 57-year-old retiree who in recent years has pulled together Maoist rallies with thousands of people, prompting multiple crackdowns. She discusses Maoist thought semi-weekly in a rented home and organizes followers who distribute thousands of pamphlets. Police once tore down the house door and seized her group's public address system, Wang says. Luoyang police declined a request for a telephone interview and did not respond to questions submitted by fax. Wang was sentenced to two years in a labor camp in 2010, but her ardor for the ruling party and its leader has hardly dimmed. In her eyes, Xi is leading a new Cultural Revolution. "He wants to inspect these people who've enjoyed their lifestyle for so long," she said. "It's a class struggle, so of course they're going to resist him, just like during the Cultural Revolution, when landlords didn't want to give up their position. "If he needs us, we're ready to fight for him."

Maoism nationwide remains loosely organized, however. The community is bound mostly online by blogs and forums. Public demonstrations of even modest size are quickly shut down and unauthorized monuments to Mao, like giant statues, are razed in the heartland regions where Maoism burns hottest. Analysts are closely watching how the party endorses or suppresses commemorations of the movement's anniversary this month, seeing that as a measure of Xi's personal authority. Divisions are beginning to show. In March, a commentary in the state-run Global Times tabloid warned against taking "extreme" positions about the Cultural Revolution. A recent Beijing concert featuring lavish productions praising Mao and his class struggle reportedly drew criticism from some in the party elite.