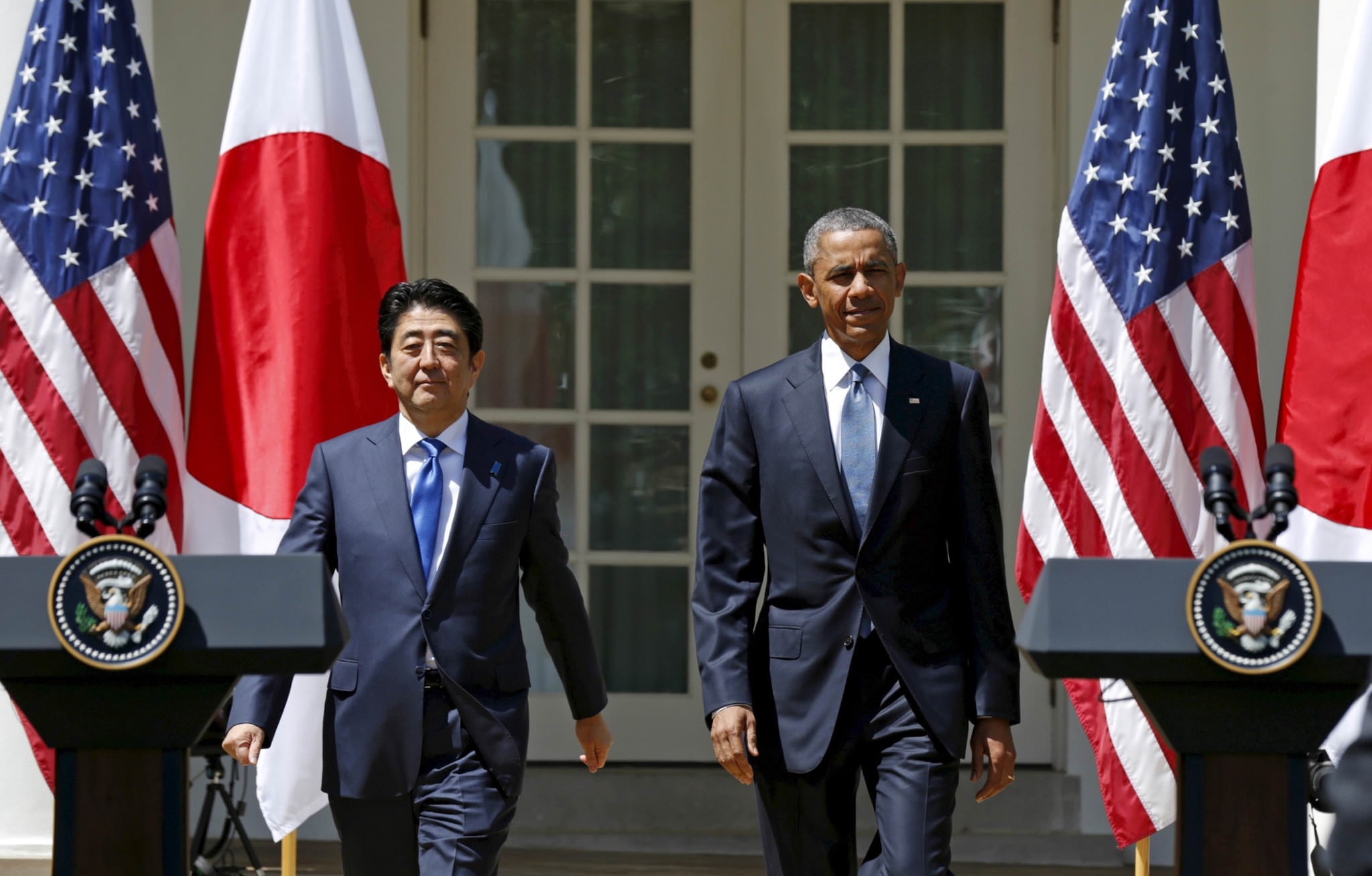 U.S. President Barack Obama and Japanese Prime Minister Shinzo Abe arrive for a joint news conference in the Rose Garden of the White House in Washington, April 28, 2015. (Reuters Photo)
by Daily Sabah with Agencies May 20, 2016 12:00 am
Japanese Prime Minister Shinzo Abe said he will discuss the issue of violent crime by US military personnel with President Barack Obama during his visit to Japan next week and that he has expressed strong resentment, local media reported on Friday.

"We will demand that the U.S. side take strict measures to thoroughly prevent a recurrence," he told reporters Friday.

A US worker at an air base was arrested this week and reportedly confessed to killing a 20-year-old resident on the southern island of Okinawa.

"I feel strong resentment" over the incident, Abe told reporters.

Around half of the 53,000 US military personnel in Japan are stationed on Okinawa, where several high-profile sexual assaults on locals have prompted many residents to call for their relocation.

On Thursday, Japan lodged a protest with US Ambassador Caroline Kennedy after a 32-year-old man was arrested on suspicion of dumping a body.

On Friday the suspect, a former US marine who is now a civilian employee at the Kadena Air Base, admitted to strangling her, Kyodo News agency reported, citing investigative sources.

The local police discovered the woman's body in the northern part of the island Thursday after his confession, Kyodo said.

An autopsy is due to be conducted to determine what led to the death of the woman, whose body was found in a forested area of the village of Onna.

The arrest comes less than a week before Obama arrives in Japan to attend the final G7 summit meeting of his presidency in the coastal city of Shima.

He will also visit the western city of Hiroshima, where the US dropped an atomic bomb in the closing days of World War II.
Last Update: May 20, 2016 10:20 am
RELATED TOPICS