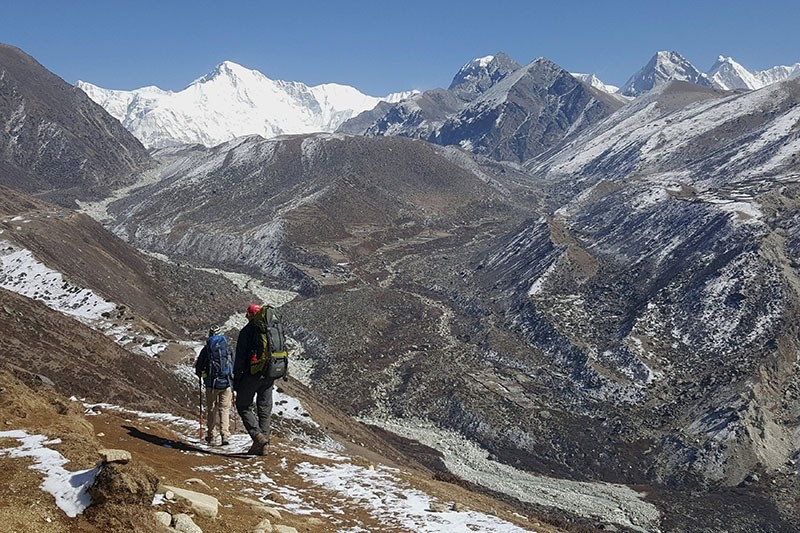 The nationality of the second climber has not yet been confirmed.

They are the first fatalities on the world's highest peak since expeditions resumed this year.

Everest expeditions in 2014 were cancelled after 16 Sherpas died in an icefall avalanche. In 2015, another avalanche triggered by a 7.8-magnitude quake killed 19 mountaineers at the Everest Base Camp, prompting the cancellation of all trips.