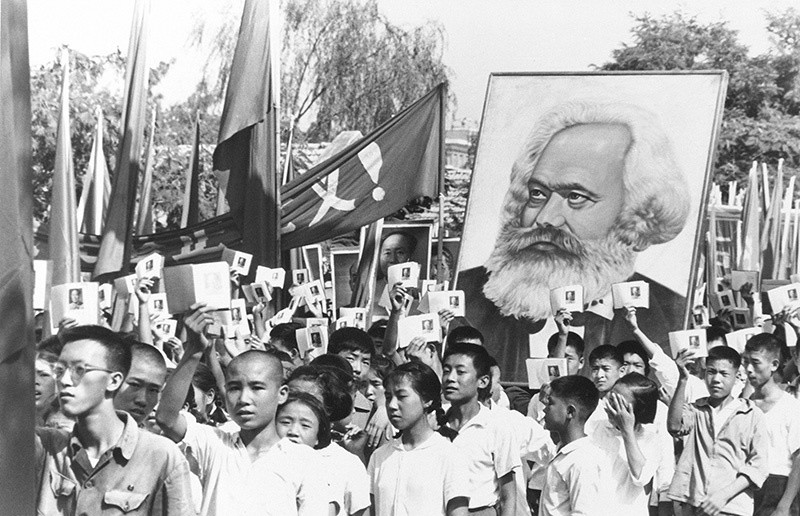 The latest hot topic for Chinese rappers is a bearded 19th century German philosopher who wrote a book called "The Communist Manifesto."

Entitled "Marx is a post-90" — China's version of a millennial — the song extols the communist godfather's supposed coolness with lyrics such as, "Life is full of little accidents, then one day I discovered how awesome he was."

The website of the party newspaper People's Daily said the song proves how Marx continues to appeal to young people and will "never completely go out of style."

The site said an accompanying video featuring midriff-baring dancers, a DJ and rappers in backward caps and jerseys has "gone viral."

Marx, who died in 1883, sits high in the pantheon of China's communist heroes, although it's unclear how much the author of famous lines such as "the proletarians have nothing to lose but their chains." resonates with young people raised on video games, hip-hop and western fashions.

China in recent years has turned to animated short films, rock bands and rap music to promote the Communist Party, government policies and the military. An armed forces recruiting video released earlier this month features a rap-rock soundtrack with lyrics such as "just waiting for the order to kill, kill, kill" over a frantic music-video style montage of aircraft, tanks and guns.