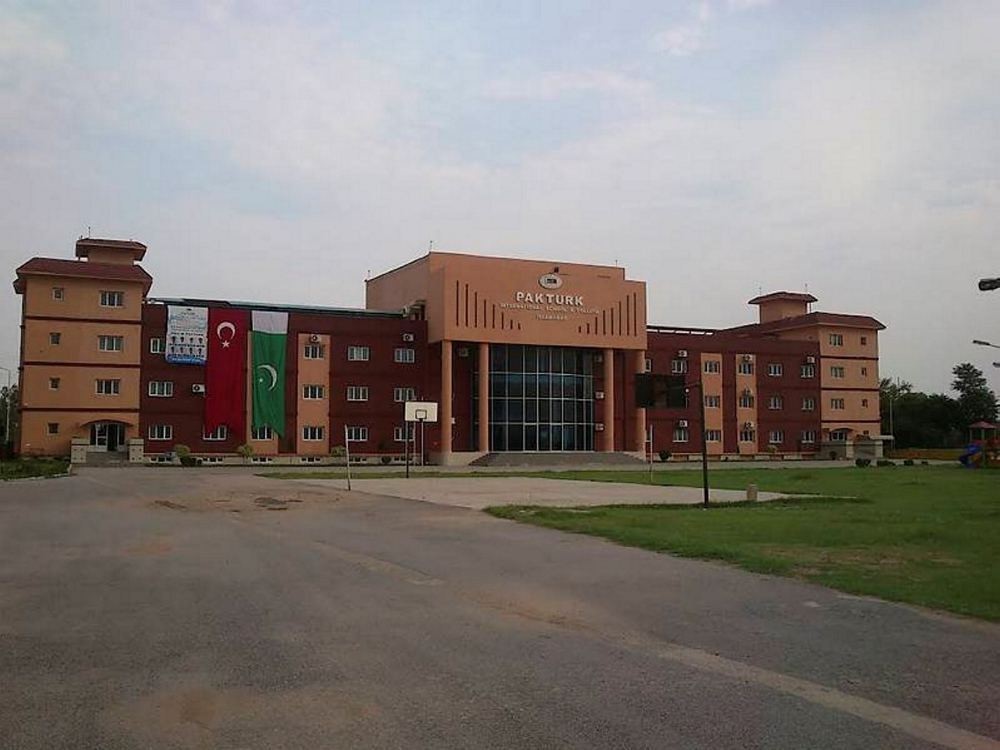 The Pakistani government is moving toward shutting down schools and colleges affiliated with Gu00fclen movement.
by Malik Ayub Sumbal Jun 02, 2016 12:00 am

Several Pakistani families whose children attend Gülen schools have complained about the shady structure of the organization and the rift with the Turkish government. Only one family sent a letter, as others were afraid of retribution

Several concerns about activities and discipline at Pak-Turk schools and colleges in Pakistan have raised alarm among parents of students in these schools. They wonder what is happening under the nose of the Private Educational Institutions Regulatory Authority (PEIRA) and the Capital Administration & Development Division (CADD) Islamabad. Schools belonging to the Gülen Movement have exploited the positive perception that Pakistani people have towards Turkey. Families that realize that the organization is acting against the Turkish government have started complaining.

Munir writes: "Unfortunately, we don't see PEIRA authorities taking vigilant consistent monitoring and follow-up action. I believe that PEIRA should not start defending itself, but rather launch strict monitoring followed by strict action against all the leading schools, especially Pak-Turk schools and colleges, which should be strictly monitored in light of the news item published. Why not invite complaints from parents by advertising in newspapers? Not big ads, frequent small adverts work better."

He mentioned in his letter: "My children have studied in the Pak-Turk School for the last few years. I have many observations and reservations that I communicated to the principal of Pak-Turk International Schools and Colleges, Chak Shahzad Campus, many times. No action and remedy were taken."

The management of Pak-Turk schools and colleges are distant from parents who want to discuss students' problems and issues. The chairman and executive director are reluctant to meet parents and supposedly hide like "mafia bosses." Munir Ahmed writes in his letter: "Several times over the last five years, I wanted to meet the chairman and the executive director of the Pak-Turk Schools. I could not. I wanted to talk, but I was not connected to them. I wanted to write to them, but I was not given their email. This happened repeatedly, even a few months ago. They hide like 'mafia bosses,' and they prefer not to have interaction with the parents, and the school heads have no authority to take any action concerning complaints by parents."

Due to the shady stance of the top management of Pak-Turk schools and colleges with parents, parents become concerned about their children. Munir said: "It becomes obvious why they don't interact with the parents because they have a specific agenda as mentioned in the news item. This should immediately be checked and monitored by CADD and PEIRA. If necessary, Pak-Turk schools and colleges and their Turkish teachers should go through intense scrutiny through security agencies."

The parents are also annoyed about the high fees, and in return they are getting a poor education for their children from Pak-Turk schools and colleges. Munir Ahmed exposed the teachings of U.S.-based Fethullah Gülen, the leader of the group, in which students are forced to buy Fountain magazine, a propaganda tool to promote Gülenism or the Gülenist agenda in Pakistan. He writes: "The Pak-Turk Schools charge very high fees, while their teachers are very poor, especially Turkish teachers. Most preach Gülen's teachings in the classroom and through Fountain magazine that is required for all students to buy. They invite students to come to their homes for additional coaching where reading Gülen's books and listening to his speeches turns out to be the main agenda."

Munir Ahmed said that he is conveying the feelings, observations and reservations of many parents. He concludes his letter with elegant comments: "I am saddened to learn that Pakistan is very fertile land for any kind of agenda harboring. We keep our eyes shut until the volcano erupts. I believe CADD and PEIRA should open their eyes and look at the situation and set things on the right path."

It is pertinent to mention here that there are 21 Gülen-linked schools operating under the guise of Pak-Turk schools and colleges. There is a lot of pressure on the Pakistani government from President Recep Tayyip Erdoğan to shut down these Gülen-linked schools.

According to high-level sources in Islamabad, Prime Minister Nawaz Sharif is seriously considering a plan to close Pak-Turk schools and colleges in Pakistan to save brotherly relations between Turkey and Pakistan. The manager of the schools has not answered Daily Sabah's calls.
RELATED TOPICS