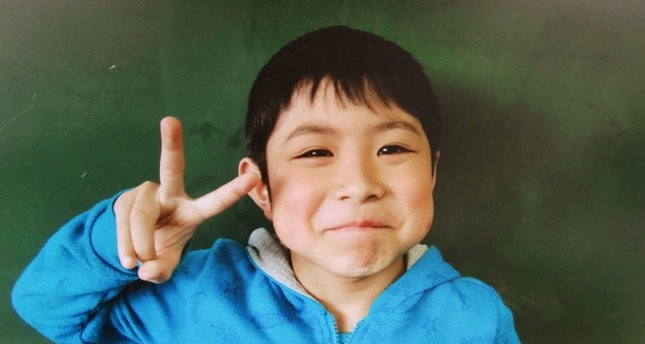 The remarkable survival of a 7-year-old Japanese boy, abandoned in a forest by his parents who wanted to teach him a lesson, prompted nationwide joy and relief Friday. But Japanese also wondered whether the father and mother themselves need a stern lesson in parenting.

Yamato Tanooka (Tah-noh-oh-kah) survived alone for nearly a week by finding shelter in a military hut and drinking water from a nearby faucet until he was discovered by chance by a soldier on Friday. He looked a bit worn out but was "genki," the military said, using a Japanese word describing healthy children. A doctor who examined him said he was dehydrated but basically fine.

But some have reacted with outrage, slamming what the parents did as inexcusable — punishing a child for misbehaving by leaving him in a forest reputedly occupied by bears on the northernmost main island of Hokkaido. The parents said they had returned after a few minutes, but couldn't find him.

The incident was seen as underlining how isolated the nuclear family has become in modern Japanese society, with parents not getting enough advice on parenting, and the traditionally present grandma and grandpa no longer part of everyday life.

Mitsuko Tateishi, an educator who has written a book urging mothers to take it easy, said some parents are succumbing to what she calls tremendous "good-mom pressures," such as having their children excel and measuring up to other children.

"A child is not a dog or a cat. You have to treat the child like a human individual," she said, stressing that calm explanations of what is good versus bad is at the root of parenting, not punishing a child with abandonment.

Tateishi also believes Japan remains behind the West in protecting children, and doubts any concrete action will be taken against the parents.

"The father is probably really sorry for what he did, but he is so misguided," she said.

Appearing outside the hospital where the boy was flown by helicopter, the father, Takayuki Tanooka, apologized, bowing deeply, thanked everyone for the rescue, and vowed to do a better job as a dad.

"We have raised him with love all along," Tanooka said, fighting tears. "I really didn't think it would come to that. We went too far."

Abandonment and child abuse are far more common in Japan than the stereotype of the doting parent and stay-at-home mom would suggest. Corporal punishment in the name of discipline is common, including beatings and getting thrown out of homes in the cold.

There have been reports recently of children who were starved. Even more alarming, local school and community officials have not adequately responded to warning signs, such as a child's bruises or extreme hunger. In one case, parents in their 20s kept their 3-year-old chained to a collar around his neck. The father was arrested.

A report by Japanese police found that child abuse is on the rise, with annually reported cases doubling to nearly 74,000 over the last decade, resulting in nearly 700 prosecutions, triple the number a decade ago, and more than 2,000 children getting placed in protective custody a year.

Yamato's parents are not officially under any police investigation for their actions.

Yamato's ordeal, pieced together from information from military and police teams reported by local media, was admirable for his resourcefulness and resilience.

After apparently walking for several kilometers (miles), the boy found an empty hut in an unoccupied military drill area and entered a door that had been left open. The Quonset hut-style building had no heat or electricity and no food, but Yamato huddled between mattresses on the floor and drank water from the solitary faucet outside the hut for several days.

Temperatures drop in the forested area in northern Japan to below 10 degrees Celsius (50 degrees Fahrenheit) at night, and there was rain during the week, fueling fears the boy, wearing only a T-shirt when he went missing, might die from exposure.

Although going without water is dangerous even for a few days, people can survive considerably longer without food. But experts stress a water-only diet for so long must have been painful.

Daijiro Hashimoto, a former governor appearing on a talk show on TV Asahi, wondered how the boy had endured the loneliness, especially at night, and suggested that perhaps he had imagined he was on some adventure and was hiding in a secret camp.

"He had to keep a very positive attitude," Hashimoto said, reflecting widespread sentiment here. "He is fantastic. He didn't know how long it might take, and when he would ever be saved."

Japanese media reports focused more on how lucky and smart the boy had been, and less on criticizing the parents. Yamato's father said he was sorry.

"I told him I was so sorry for causing him such pain," he told reporters.