35 people killed, 20 injured in a fire aboard a tourist bus in central China 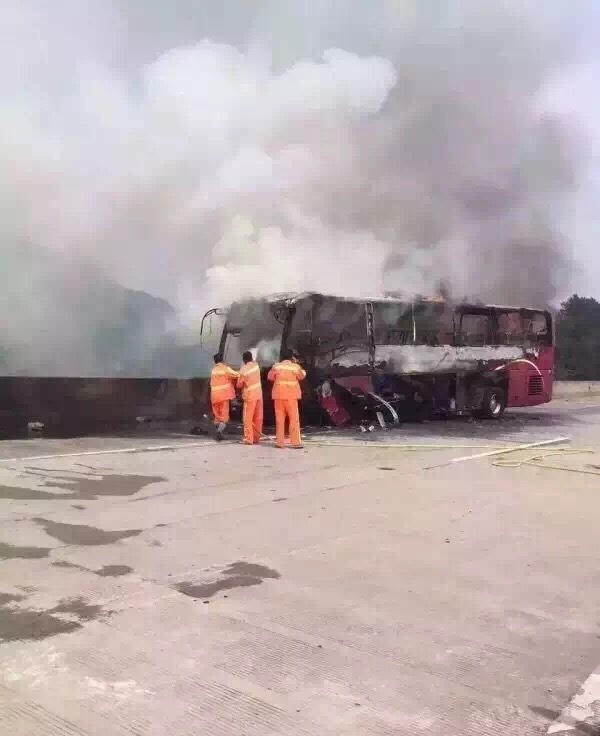 Local authorities say a long-distance bus has smashed into a guardrail in central China, sparking a fire that killed 35 people and injured 20 others.

A total of 55 people were aboard the bus when it crashed into the barrier along a highway in Hunan province at around 10:20 a.m. Sunday. No other vehicles were involved and the cause of the crash was unclear.

The Hunan provincial highway police bureau said on its microblog that the driver Liu Dahui, 41, was being held for questioning.