Stop killing in the name of religion, says Bangladesh PM after Dhaka attack 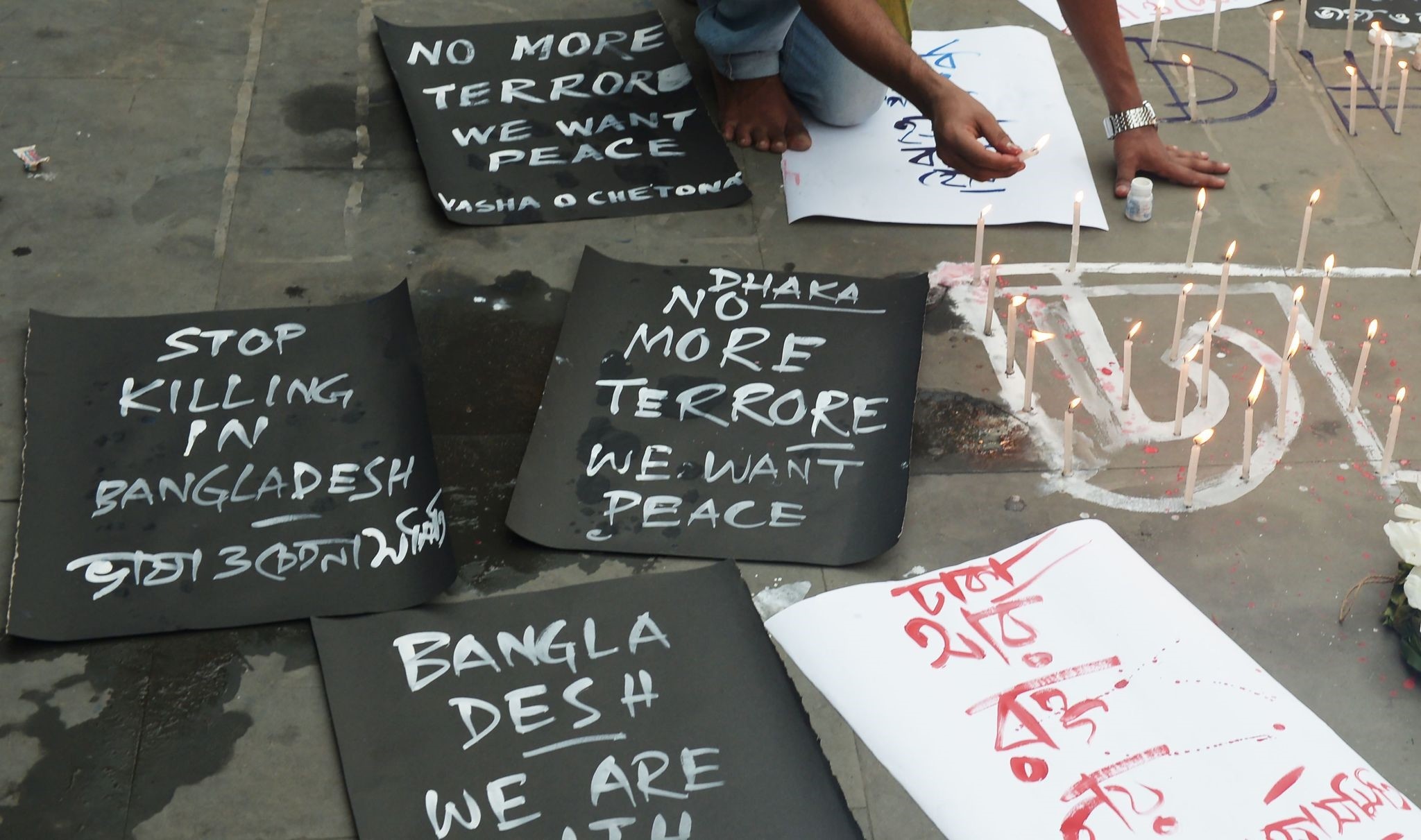 Indian social activists light candles during a protest in Kolkata on July 2, 2016, against a fatal attack on a restaurant in the Bangladeshi capital Dhaka. (AFP Photo)
by Jul 02, 2016 12:00 am

Bangladesh's Prime Minister Sheikh Hasina pleaded with extremists to stop killing in the name of religion Saturday after 20 hostages were killed in a siege at a Dhaka restaurant.

"Islam is a religion of peace. Stop killing in the name of the religion," Hasina said in a televised address to the nation in which she declared two days of mourning.

"Please stop tarnishing our noble religion... I implore you to come back to the rightful path and uphold the pride of Islam."

The prime minister, whose government has been unable to stop a growing wave of attacks on foreigners and religious minorities, urged a nationwide effort to combat extremism.

She asked people to set up "anti-terrorism committees" in districts and sub-districts across the mainly Muslim but officially secular country.

The 68-year-old premier said the people behind the attacks were trying to ruin Bangladesh.

"By holding innocent civilians hostage at gunpoint, they want to turn our nation into a failed state," she said.