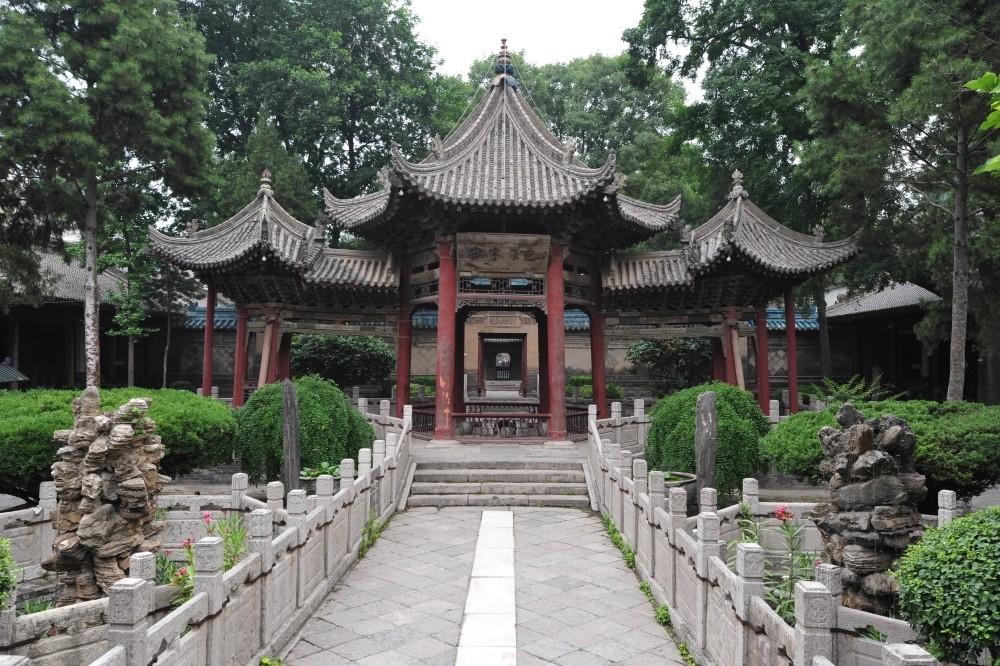 The Muslim quarter of China's Xi'an offers visitors an unprecedented experience with its food, local goods, people and the 1,300 year-old Great Mosque

Xi'an, the capital of ancient China and home to several dynasties, appears to be one of the centers of China, not only in terms of the economy but also of culture, history and living Muslim culture. With a population of nearly 10 million, the city impresses visitors with huge buildings, orderly streets, luxurious stores and cultural heritage, including the Muslim one. While walking around the city, it is quite possible to come across a historic building, carrying significance for the country's history. Despite its huge population, crowds are not obvious as the city has been well-planned with huge roads and a public transportation system that functions very well. However, the calmness ends where the historic Muslim quarter begins.

Most Muslims living in China belong to an indigenous Chinese national minority called the Hui. Islam was introduced to the densely populated country as early as the seventh century, during the era of the third caliph Uthman by Muslim merchants. Estimates indicate that more than 30 million Muslims live in China, consisting of different ethnic groups, including Chinese, Kazakhs, Tartars, Uighurs and some other small minorities. Muslims, most of whom are Sunnis, live across the country, from Xinjiang in the north to Macau in the south. The oppression of religious freedom has decreased in recent years despite ongoing problems, especially with the religious education of young generations.

One of the first places Muslims reached was Xi'an as it was the center of trade. Muslims were allowed to practice their religion by Emperor Gaozong from the Tang dynasty and to build a mosque, called the Great Mosque of Xi'an (Xi'an Da Qingzhensi in Chinese) that still serves Muslims. The mosque, typical for a Muslim neighborhood, is placed at the center of the quarter and is circled by a bazaar and restaurants and stores.

The neighborhood, which is closed to cars, welcomes visitors via a historic gate and is filled with the intense smell of street food and the never-ending noise of sellers. Most restaurants offer traditional Xi'an food, which is labeled Halal. The city is famous for its tiny chunks of lamb and sizzling beef, called rouchuan. Hui Muslims are known as the best noodle cooks in China, and in the quarter almost every restaurant makes its own noodles, while offering a variety of sauces. Other dishes with various flavors are also offered in restaurants. Besides restaurants, small bakeries make special bread, and stores sell dried fruits, such as dried dates.

As the street takes visitors to a historic wall that shows where the ancient city border ends, the bazaar attracts people. Hundreds of small stores sell authentic gifts. Inside the bazaar, a small door opens to the compound of the Great Mosque, the biggest of the 13 mosques in the city. Immediately after entering the mosque, a new world welcomes visitors: A large garden, several flowers, including the infamous lotus, and small buildings decorated with Chinese architecture show the authenticity and originality of the mosque.

The mosque was founded in 732 during the Tang dynasty. It expanded over centuries and became a center in the city. It covers more than 12,000 square meters. It is totally different from mosques in the Middle East, as it resembles a temple. The mostly wooden mosque serves thousands of Muslims every day and is open to tourists. Writing in both Chinese and Arabic on the walls shows the harmony of the two cultures. Its architecture and style also make it understood that Islam has not clashed with the indigenous culture but adopted local things, as Chinese scripture and animal figures exist in the garden and inside.

Yusufu Baibo, who works as receptionist and knows the history of the mosque, said the Hui Muslims of Xi'an feel very lucky to be preserving their centuries-old mosque and to be able to practice their religion. As it was Ramadan, the 55-year-old Hui Muslim Yusufu said the mosque also provides free iftar to everyone including non-Muslims who want to join. Mentioning Ramadan traditions, he said one of the imams of the mosques walks around the streets of the quarter every night with a traditional drum to wake people up for sahur and for the iftar people to prepare special food. When he heard that his comments would be quoted in the Turkey-based Daily Sabah, he indicated that Hui Muslims see Turks as heroes and said, "We pray for them and want a stronger relationship between China and Turkey in terms of both economy and culture," adding: "We are all brothers, as God said in the Quran. We want our Turkish brothers to visit us more." When asked about freedom of religion, he said: "There have been great developments in recent years. We pray freely here. We are Chinese, and we want our country to develop." When compared to the past, especially to the 1970s and 1980s, he added: "We had difficult times. But now, thanks to God, everything is getting better."

The imam of the mosque, Muhammad, said, "We love Turkey and pray for its people."

Muhammad Receb, a restaurant owner in the neighborhood, was present for salat in the mosque. He said, "We want our children to have a better education, being adherent to Islam, and we would like to improve our business. Nobody benefits from instability."

The people in the neighborhood and the mosque are quite friendly and talkative. Although most of them were fasting, they offered food and beverages for free. Xi'an and its Muslim quarter appear to be one of the most authentic places in the world.
RELATED TOPICS