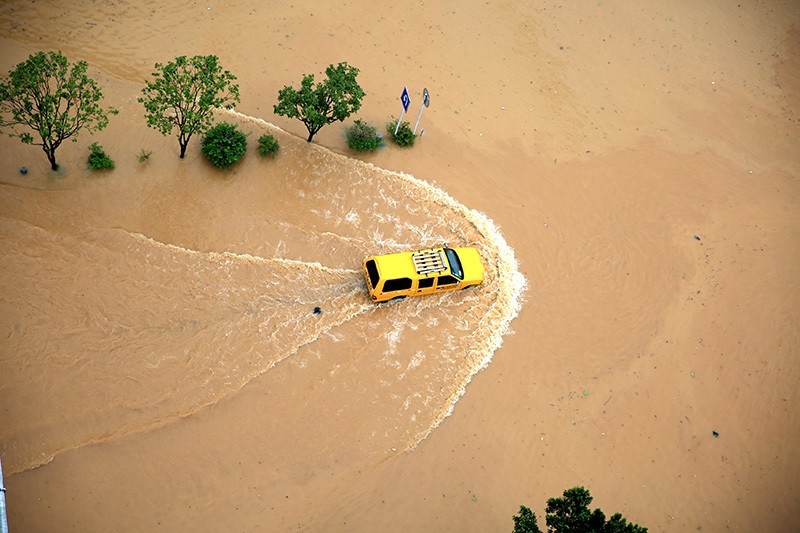 Around 20 people are reported to be trapped underground in China after water flooded coal mines in the country's north and southwest, while three days of heavy rain in southern China have left 50 people dead and another 12 missing.

State news agency Xinhua reported the country's top safety watchdog as saying Sunday that 12 miners remain trapped in a flooded mine in the city of Jincheng in Shanxi Province.

Local authorities have said that six people are also trapped after a mine flooded in Shuicheng County in southwest Guizhou Province early Sunday morning. The State Administration of Work Safety said in a statement on its website that 94 miners were working underground when the accident occurred at the Jincheng pit around 11 p.m. on Saturday (1500GMT).

The accident at the Hongcai Coal Mine occurred around 4 a.m. Rescues are under way at both pits with local authorities asking them to do everything possible to rescue the men and pinpoint the cause of the tragedy. "Anyone responsible for the accident must be held accountable," Xinhua underlined.

Elsewhere, six people were also reported missing and another person injured after a limestone mine explosion early Sunday in north China's Inner Mongolia Autonomous Region. Xinhua reported local authorities as saying that a rescue is underway after the 2 a.m. accident in Uiad Qianqi.

The floods destroyed thousands of homes, authorities said Sunday, as areas along the Yangtze River braced for more floods. Torrential rains caused the deaths of 27 people and left a further 12 missing since Thursday in central Hubei, the provincial civil affairs department said. Nearly 400,000 people have been evacuated or are in need of aid in the province. Almost 15,000 houses have collapsed or are seriously damaged and more than 500,000 hectares of crops have been affected, causing direct economic losses of 5.669 billion yuan ($850 million), the department said.

In mountainous Guizhou province in the southwest, the bodies of 23 people were found after a landslide buried a village Friday, Dafang county government said. Seven people were injured.

Rainstorms soak the southern part of China every year during the summer monsoons, but this rainy season has been particularly wet.

Vice Premier Wang Yang warned last month that there was a high possibility of floods in the Yangtze River and Huai River basins this year, which equate to a large swath of China's southern, central and eastern areas.

He said the situation was made worse by "super El Nino." El Nino is the natural warming of parts of the Pacific Ocean that changes weather worldwide and the latest occurrence of the phenomenon has been blamed for triggering droughts in parts of Africa and India and playing a role in a record hurricane season in the Pacific.

A similar El Nino effect was linked to China's worst floods in recent history, when 4,150 people died in 1998, most along the Yangtze. Flood control measures along China's longest river, including dikes, have since been reinforced, but experts say this time severe floods are likely to hit the Yangtze's tributaries, according to the official Xinhua News Agency.