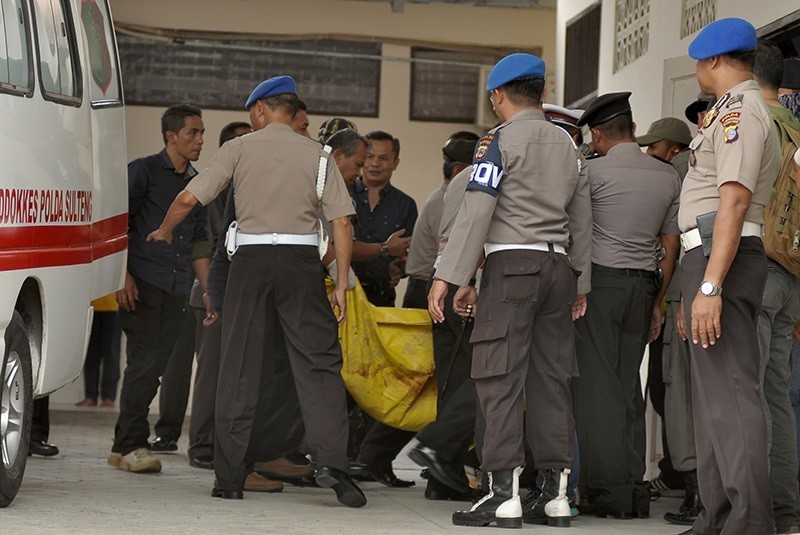 Indonesia's most wanted extremist militant has been killed in a firefight with troops, police said Tuesday, ending a years-long hunt for the Daesh group supporter.

Santoso, the leader of the Eastern Indonesia Mujahideen, was shot dead on Monday on mountainous Sulawesi island, where he had been hiding out in the jungle with a small band of followers.

His death is a major victory for the Indonesian authorities who had pursued the extremist for five years, sending thousands of security forces to hunt for him.

His group carried out a string of deadly attacks on domestic security forces and was known for training militants from around the archipelago. In 2014 he pledged allegiance to Daesh and earlier this year was placed by the United States on a list of global terrorists.

"It's definitely Santoso," Rudy Sufahriadi, police chief of Central Sulawesi province on the island, told AFP after a process to identify the militant's body.

"I have hunted him and I have arrested him before, we have asked people and we have sent people (to identify the body) who fought with him and went on jihad with him -- they have confirmed it was him."

After Indonesia suffered a string of terrorist attacks in the early 2000s, including the 2002 Bali bombings which killed more than 200, authorities launched a crackdown that weakened the most dangerous networks.

But Santoso's group remained a thorn in the side of the government, with the long-haired, gun-toting militant regularly appearing in videos urging extremists to launch attacks on the security forces.

The picture has changed recently, with other cells now considered a greater threat -- Santoso was not believed to have played role in a Daesh-claimed attack in Jakarta in January. But his death will still be seen as a significant blow to extremist militancy in Indonesia.

The extremist, known by several aliases including Abu Wardah, was killed alongside one other militant in Tambarana village in Poso district, an area that has become known as a terror hotbed.

Police said the pair were killed beside a river and a rifle was recovered. Two women, one of whom was suspected to be Santoso's wife, and another man, escaped from the gunfight.

Several were killed fighting with the Eastern Indonesia Mujahideen, and in July last year four Uighurs were jailed after being caught on Sulawesi attempting to join the group.

Santoso became involved in extremism during bloody fighting between Muslims and Christians around Poso from the late 1990s to the early 2000s which left hundreds dead.

He went on to form the Eastern Indonesia Mujahideen and quickly jumped to the top of the most wanted list after his men began killing police officers.