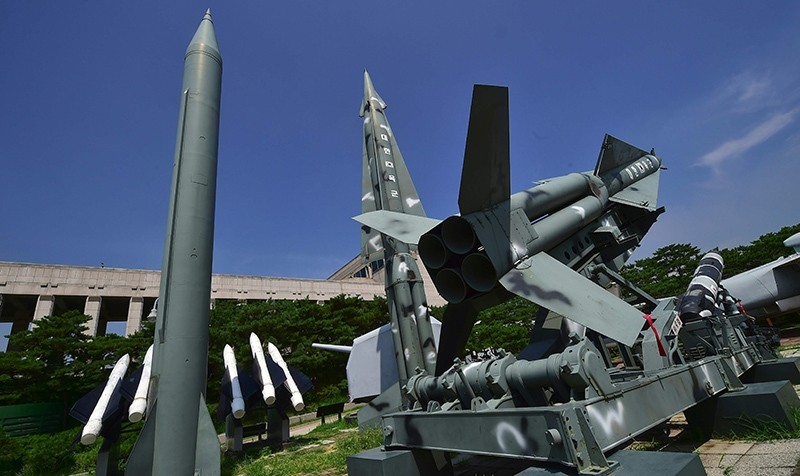 A statement from the South's Joint Chiefs of Staff explained that the missiles flew up to 600 kilometers (373 miles) into waters east of the peninsula, having been launched over a period of around an hour from 5.45 a.m. (2045GMT).

The North is barred from testing ballistic missile technology under several United Nations Security Council resolutions, but it has continued to defy those restrictions throughout this year since carrying out a nuclear test in January.

Seoul had warned Monday that Pyongyang could carry out its fifth ever nuclear test at any time, and Tuesday's missile launches are seen as a reaction to the planned deployment of an American missile defense system -- THAAD (Terminal High Altitude Area Defense) -- in South Korea by the end of next year.

It said in its own statement that it had identified two of the projectiles as Scud tactical ballistic missiles and the other was presumed to be a mid-range Rodong missile.

"North Korea's nuclear and missile provocations are escalating every day," Hwang said in comments carried by local news agency Yonhap amid unrest within the South over the upcoming THAAD deployment.

The prime minister was greeted with flying eggs and bottles when attempting last week to allay residents' concerns about having a THAAD battery stationed in Seongju County, nearly 300 kilometers south of Seoul.