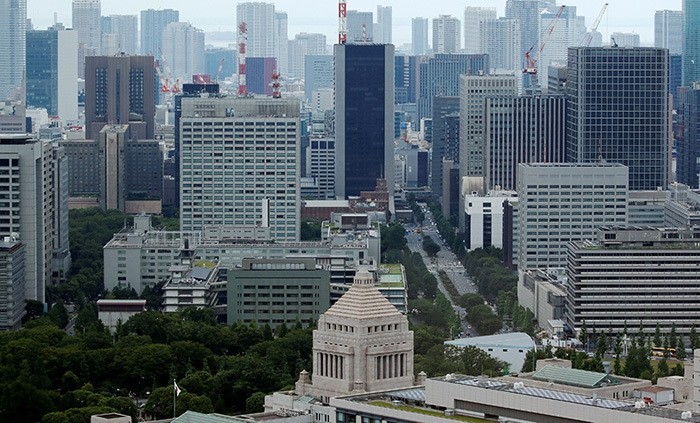 The Parliament Building (bottom) is seen in front of office buildings of government ministeries in Tokyo, Japan July 19, 2016. (Reuters Photo)
by Anadolu Agency Jul 20, 2016 12:00 am

Eastern Japan and capital Tokyo have been rocked by a third moderately strong earthquake in a 72-hour period.

Local news agency Kyodo cited the Japan Meteorological Agency as saying that the latest temblor had a preliminary magnitude of 5.0 and no tsunami warning was issued, or casualties or damage reported.

It was followed by another with a magnitude of 5.2 off the coast of neighboring China Prefecture on Tuesday afternoon.

The country's coastal areas of Aomori, Iwate, Miyagi and Fukushima prefectures were devastated in the wake of a March 2011 quake.

An ensuing massive tsunami triggered a nuclear disaster and left around 15,894 people dead and 2,561 others missing and presumed dead.