Indonesia to carry out execution of 14 drug smugglers 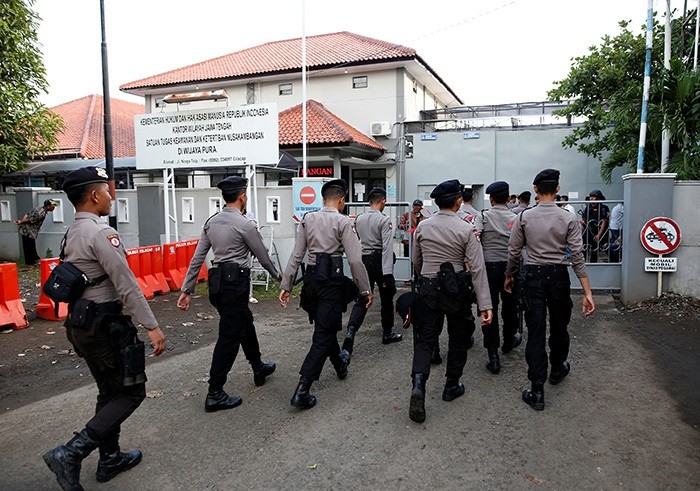 Police walk near the gate to the ferry port for the prison island of Nusa Kambangan island, ahead of the expected execution of 14 drug convicts, including at least four foreigners, in Cilacap, Central Java, Indonesia July 28, 2016. (Reuters Photo)
by Anadolu Agency Jul 28, 2016 12:00 am

Indonesia will carry out its latest execution of drug smugglers late Thursday evening, according to a relative of a death row inmate.

Among those to be shot by firing squad are thought to be nationals of Indonesia, India, Pakistan, Nigeria, Zimbabwe and Sierre Leone.

Earlier Thursday, 14 coffins were seen being transported to a notorious island prison, Nusakambangan, where the executions are to take place.

Pratikno, who like many Indonesians uses one name, was quoted by kompas.com as saying, "Yes. It is final, executions will be carried out tonight."

Family members and lawyers of those set to be executed gathered at the prosecutors office in Cilacap, the port town on Java island nearest Nusakambangan.