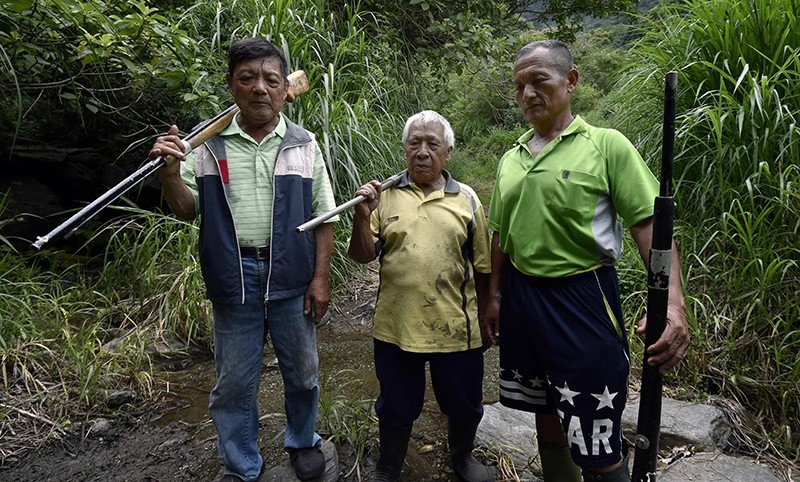 Taiwan's president on Monday apologized on behalf of the government to the island's aboriginal peoples for 400 years of conquest and colonization, saying the facing of difficult historical facts was necessary for society to move forward.

Tsai Ing-wen said her government wished to "take a further step" and offer its "fullest apology."

"If we wish to declare ourselves as a country of one people, we need to face these historical facts. We have to face the truth. Most importantly, the government must truly reflect on itself and that is why I'm standing here today," Tsai said at a ceremony at the presidential office building in the capital, Taipei.

A "justice and historical justice commission" would be established to deal with the problems of the past, Tsai said. She was speaking on Taiwan's official aboriginal people's day before representatives of the island's 16 officially recognized native tribes.

Taiwan was inhabited by a variety of tribes for thousands of years before Dutch colonizers began importing Chinese laborers in large numbers during the mid-17th century.

The Dutch were expelled from the island by Chinese privateer Koxinga, whose successors were then defeated by the Manchu Qing dynasty as part of their conquest of most of China. It was loosely administered from the mainland until becoming a province in 1885 under foreign pressure and was made a colony by Japan in 1895.

At the end of World War II, Taiwan was handed to Chiang Kai-shek's Republic of China, whose government relocated to the island in 1949 after being driven from China by Mao Zedong's communist forces.

Tsai was elected by a landslide in January elections that have thrown a shadow over the island's relations with China, which claims Taiwan as a part of its territory from ancient times. Her view of Taiwan as a colonial society clashes with Beijing's claim that the island has always been an inherent part of China, which must eventually be reunited with the mainland, by force if necessary.