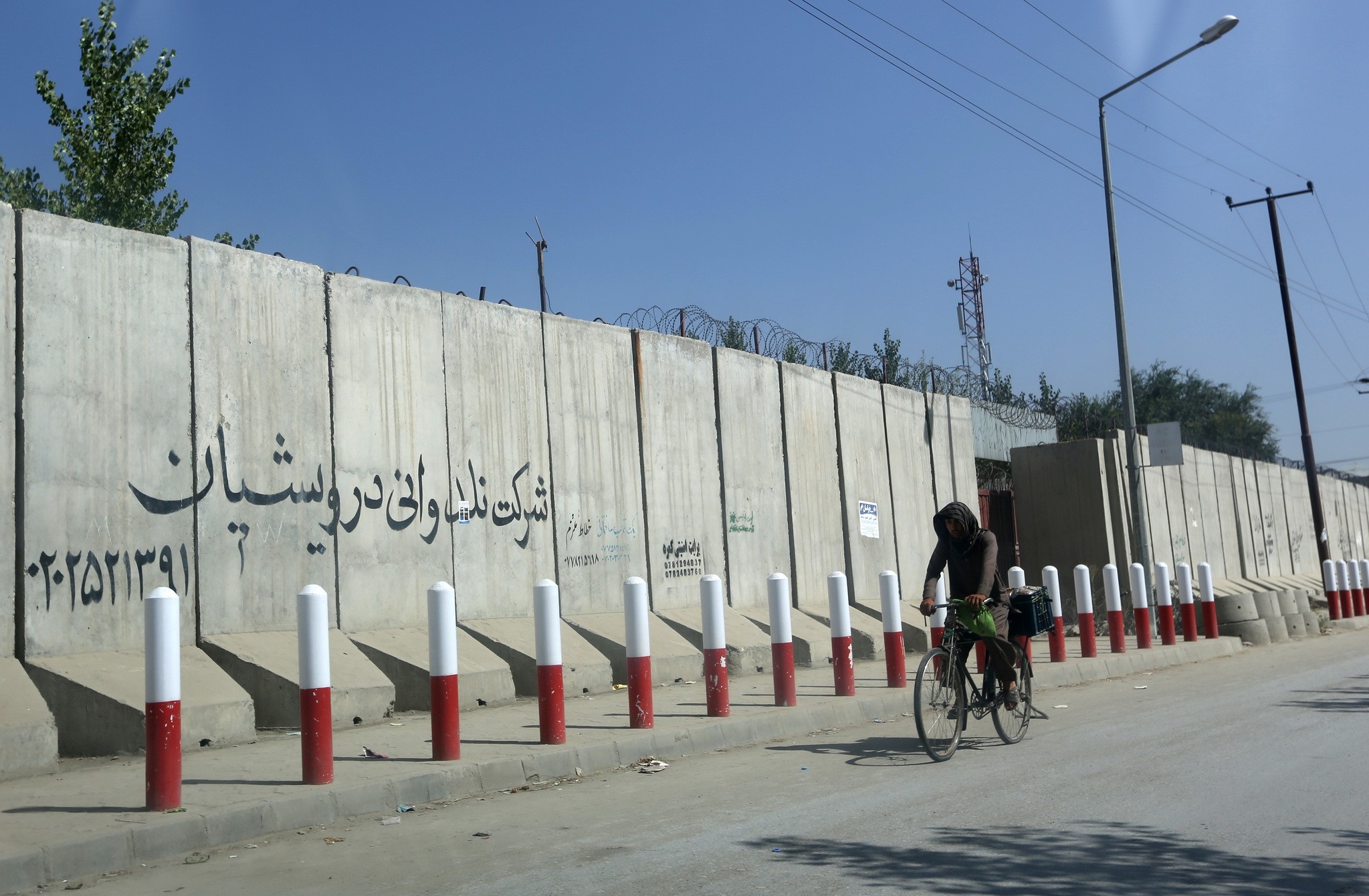 An Afghan man pedals his bicycle past American University of Afghanistan in Kabul, Afghanistan, Monday, Aug. 8, 2016. (AP Photo)
by Compiled from Wire Services Aug 08, 2016 12:00 am

An Australian academic and an American professor were kidnapped by unknown armed men in Kabul, Afghan officials said Monday.

A source inside the Ministry of Interior told dpa, "two professors of the American University were kidnapped by gunmen wearing NDS uniform last night at around 8 pm."

The National Directorate of Security (NDS) is Afghanistan's spy agency.

According to the source, the kidnapped professors are citizens of the United States and Australia.

The Australian Embassy in Afghanistan has confirmed what it called "the apparent kidnapping of an Australian," but said it could not provide further comment due to privacy and security considerations.

"We continue to advise Australians not to travel to Afghanistan because of the extremely dangerous security situation, including the serious threat of kidnapping," an embassy spokesperson said.

A source from the US Embassy also confirmed that one of its citizens had been kidnapped.

Kidnappings are not uncommon in Afghanistan. Three other foreigners who were kidnapped in Kabul over the past year have all been released, including an Indian woman, Judith D'Souza who was freed last month after being held for more than a month.

An Australian woman, Kerry Jane Wilson, was abducted in the eastern city of Jalalabad in April. Her whereabouts are unknown.

Sediqqi said that kidnappers in all the Kabul cases, including Monday's, had been wearing military uniforms, establishing a pattern and hinting at some form of organized gang activity.

Most of the thousands of foreigners living and working in Kabul are largely confined to their embassies or, in the case of those working for the United Nations or other non-government organizations, to their residential compounds, with limited movement permitted.

The abductions heighten the risk for the few foreigners, including journalists, who move with relative freedom across the Afghan capital in order to do their work.

Residents of the capital complain that crime has risen in recent months, especially robbery and car theft. The apparent rise coincides with an economic crisis as the government has not been able to create jobs or stimulate growth.

President Ashraf Ghani took office in 2014 promising jobs and peace, but has provided neither as the war with the Taliban grinds on for its 15th year.

The police, however, deny a spike in crime.

On Sunday, a court in the western city of Herat sentenced 14 people to death for kidnapping and murder. Another three, including a woman, were handed prison sentences of between six and 20 years.