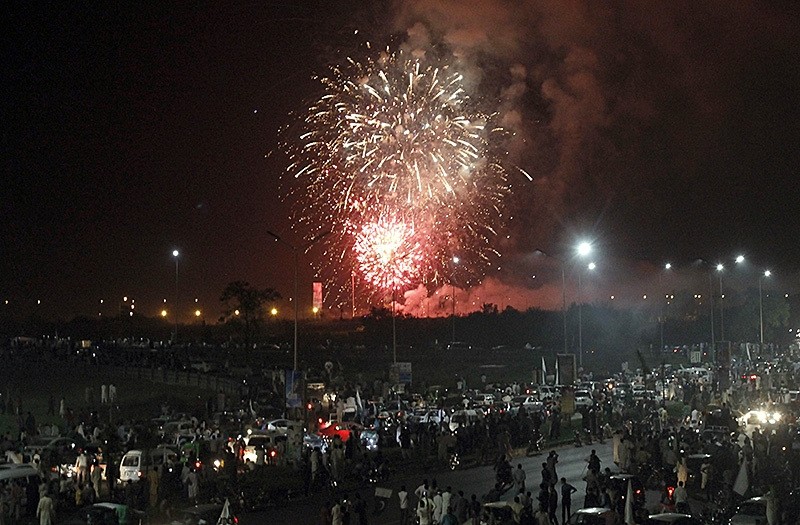 Prime Minister Nawaz Sharif dedicated the celebrations to the divided Kashmir region, which is split between Pakistan and India and claimed by both in full. At least 58 civilians have been killed in firing by Indian forces during clashes over the past month.

"I dedicate this year's 14 August to the freedom of [Indian-held] Kashmir. I dedicate it to those people who have bravely faced state oppression but kept the spirit of freedom alive," Sharif said in his independence day message.

He also remembered the 70 people killed by a recent blast at a hospital in the southwestern city of Quetta, paying tribute to the security forces "who sacrificed their lives to protect this independence."

More than 50,000 Pakistanis, including 5,000 security personnel, have been killed since it joined the so-called War on Terror in 2002.