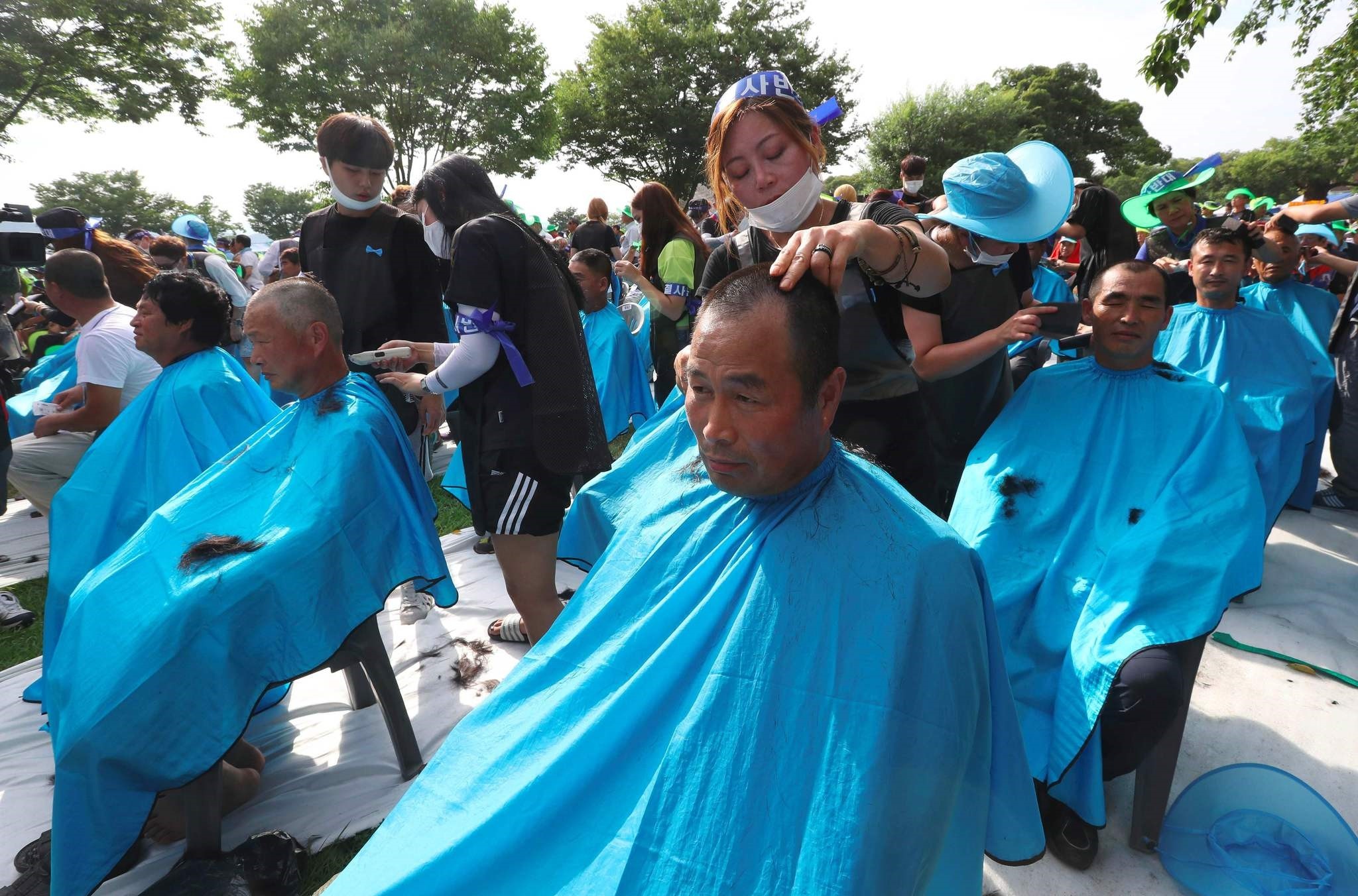 More than 900 Seongju residents have their heads shaved during a protest against the planned deployment of the US Terminal High Altitude Area Defense (THAAD) system at a local park in the southeastern town of Seongju on August 15, 2016. (AFP Photo)
by reuters
Aug 15, 2016 12:00 am

About 900 South Koreans shaved their heads on Monday to protest against a government decision to place a missile defense system designed to counter North Korean missile threats, in the southeastern county of Seongju.

Tension has run high since North Korea conducted its fourth nuclear test in January and followed up with a satellite launch and a string of test launches of missiles.

South Korea announced in July that a U.S. THAAD anti-missile defense unit would be deployed in Seonjgu, but residents have protested, citing safety fears over the system's sophisticated radar and its potential to be a wartime target.

The plan has also angered China and prompted a North Korean warning of retaliation.

Seongju residents, many of them farmers cultivating a melon variety that has brought the county domestic fame, sat in somber silence as they had their heads shaved while a protest leader led a crowd in chants of "No THAAD!"

"THAAD should not be deployed at all, not just in Seongju, but anywhere in South Korea," said Yoo Ji-won, a 63-year-old melon farmer. "We residents gathered here and shaved heads to demonstrate against its deployment."

As many as 908 people joined in the head-shaving part of the protest, organizers said.

"This is the most powerful way of displaying protest," protest leader Kim An-soo said. "We cannot protest any bigger".

The South Korean defense ministry has vowed to minimize any impact from THAAD on residents and the environment.

"THAAD is a self-defensive measure we've decided to deploy to protect the lives of our people from North Korea's reckless provocations," South Korean president Park Geun-hye said in a speech on Monday.