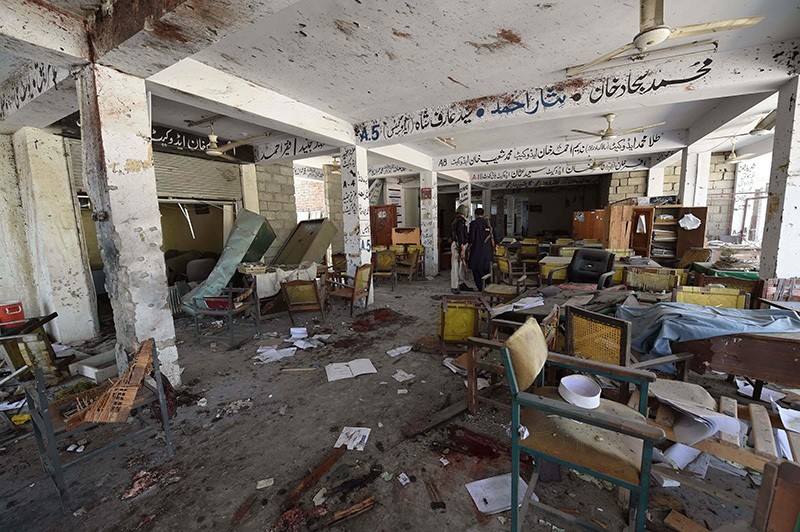 According to police, in the first incident, 11 people, including lawyers were killed when a suicide bomber detonated his explosives-laden vest outside a district court in Mardan, located some 40 kilometers (24.85 miles) off Peshawar, the capital city of northwestern Khyber Pakhtunkhwa province that borders war-stricken Afghanistan.

City police chief Faisal Shahzad told local media the suicide bomber first threw a hand grenade on security personnel and tried to enter the court premises. Over 30 people were also injured in the attack, Shahzad added, according to televised reports.

The attack took place hours after four suspected suicide bombers stormed a Christian colony in Peshawar. According to the Pakistani army's Inter Services Public Relations, the bombers, who attacked a Christian colony early morning were killed before they could detonate their explosives-laden vests. Five security personnel were also injured in the operation, it added.