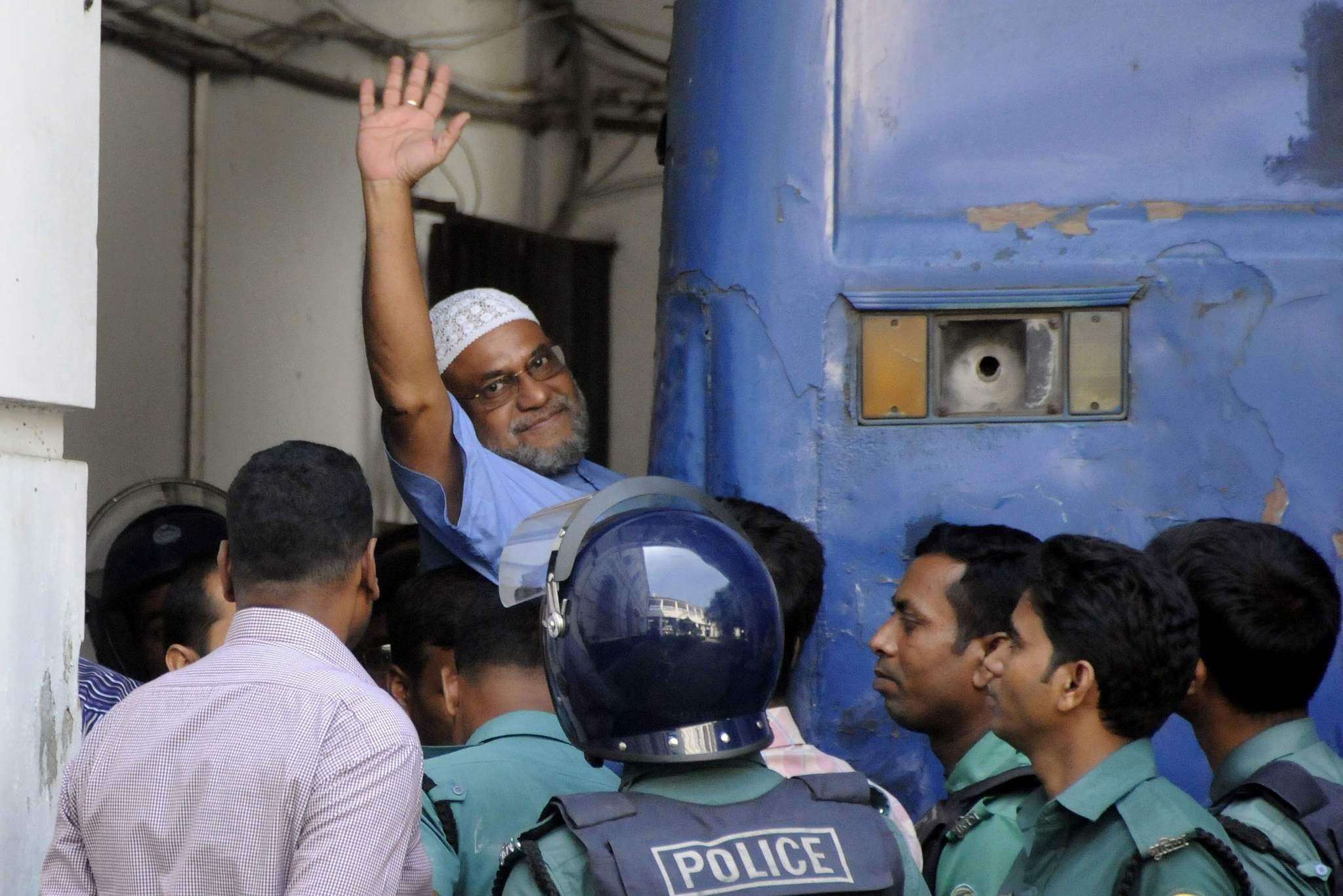 Jail Superintendent Proshanto Kumar Bonik said that Mir Quasem Ali, a leader of the Jamaat-e-Islami party, was hanged at 10:30 p.m. (local time) Saturday, hours after family members met him inside Kashimpur jail near the capital, Dhaka.

Ali did not seek presidential clemency, paving the way for his hanging.

On Tuesday, the Supreme Court rejected a final appeal for reviewing his death sentence handed out by a special tribunal two years ago.

Ali is the fifth Jamaat-e-Islami party leader to be executed since 2010 when Prime Minister Sheikh Hasina formed the special tribunal to try suspected war criminals. Also executed was a close aide of former Prime Minister Khaleda Zia from the main opposition Bangladesh Nationalist Party. Jamaat-e-Islami is a key partner of Zia's Bangladesh Nationalist Party in the opposition against Hasina.

What was then known as East Pakistan was renamed Bangladesh after independence in 1971.

"The act of suppressing the [Bangladeshi] Opposition, through flawed trials, is completely against the spirit of democracy", Pakistan's Foreign Ministry said in a statement. "Ever since the beginning of the trials [of Mir Quasem Ali], several international organizations, human rights groups, and international legal figures have raised objections to the court proceedings, especially regarding fairness and transparency, as well as harassment of lawyers and witnesses representing the accused."

The government of Bangladesh should uphold its commitment, as per the Tripartite Agreement of 1974, wherein it "decided not to proceed with the trials as an act of clemency," the statement added. "Recriminations for political gains are counterproductive".

Pakistan believes that matters should be addressed with a forward-looking approach in the spirit of reconciliation, said the statement, also offering deepest condolences to Mir Quasem's bereaved family members.

Siraj ul Haq, the Pakistan group's head, also offered condolences to Quasem's family, calling the hanging on the basis of false accusations a travesty of justice.

He accused the government of Pakistani Prime Minister Nawaz Sharif of not raising the issue on international forums.

"The silence of Pakistan's government on the executions of Jamaat-e-Islami leaders in Bangladesh is highly condemnable. They are being hanged for their pro-Pakistan stance against Indian intervention in then-East Pakistan in 1971, but our government is doing nothing for them," he charged.

Intekhab Alam Suri, the HRN president, said the so-called international war crimes tribunal set up by the Bangladeshi government ignores international standards of justice, and had been acting as a government tool to eliminate its political rivals.

Asma Jehangir, a senior lawyer and former general secretary of the Human Rights Commission of Pakistan (HRCP), warned that the executions of political leaders on the basis of insufficient evidence would further polarize Bangladeshi society.