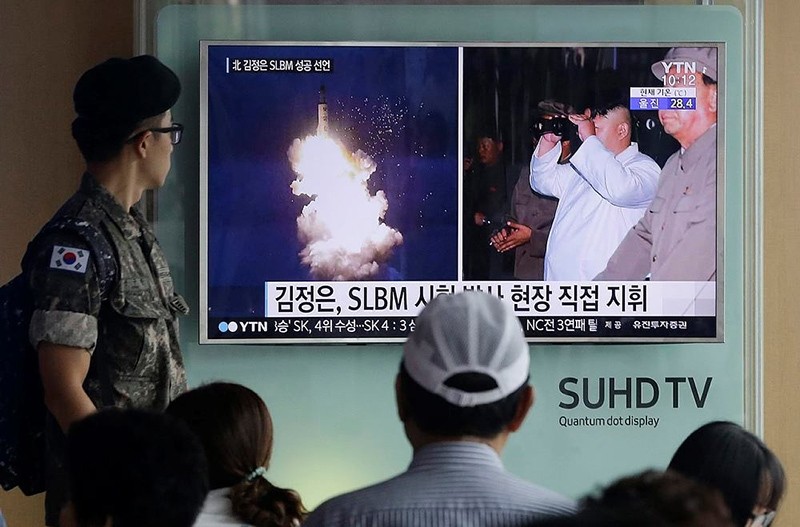 The missiles were fired into the Sea of Japan (East Sea) from the North's Hwangju county at around 0300 GMT, a defense ministry spokesman said, more sabre-rattling that follows a submarine-launched ballistic missile test some two weeks ago.

It is not known yet what type of missile was launched on Monday, the spokesman said, adding that South Korea's military was analysing the test.

North Korea has staged a string of missile tests this year, with the most recent August 24 submarine-launched ballistic missile flying some 500 kilometres (300 miles) towards Japan.

That launch, which was widely-condemned, marked what weapons analysts described as a clear step forward for North Korea's nuclear strike ambitions.

China is the North's sole major ally and economic lifeline but ties have strained recently over the North's nuclear and missile tests that raised tension on the peninsula.