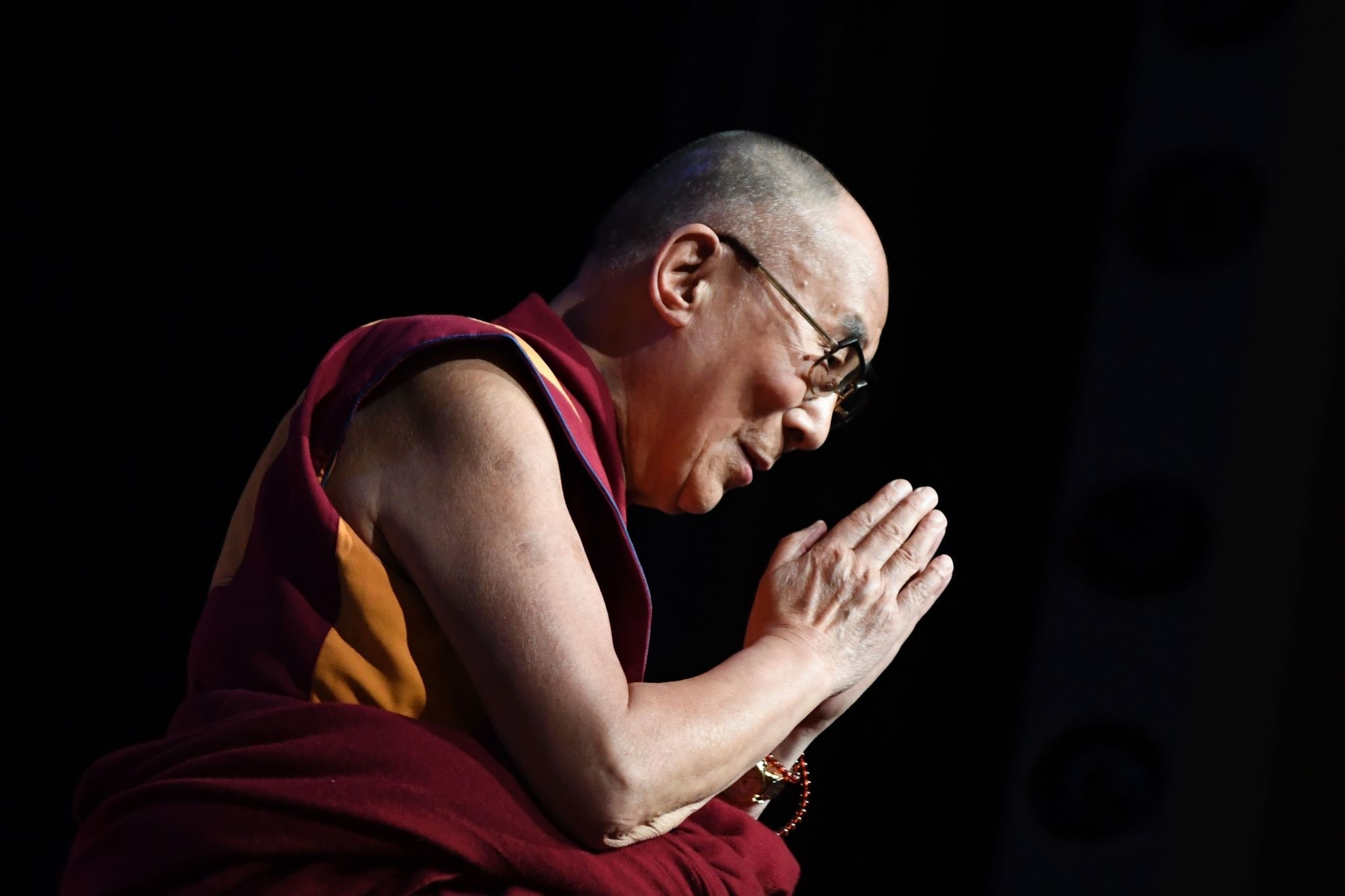 The Dalai Lama gestures during a group hearing at the Palais des Congres, on September 13, 2016 in Paris, during his visit to France. (AFP PHOTO)
by Sep 14, 2016 12:00 am
China on Wednesday warned Taiwan against allowing exiled Tibetan spiritual leader the Dalai Lama to visit, after a high-profile Taiwan legislator invited him to the self-ruled island that Beijing claims as its own.

On that occasion, Ma allowed him in but did not meet him.

Taiwan's new President Tsai Ing-wen, elected in January, has not said whether the government would allow a visit by the Dalai Lama, who congratulated Tsai on her "remarkable" victory.

Freddy Lim, one of Taiwan's most famous heavy-metal singers and an outspoken critic of Beijing, who was elected to parliament in January, invited the Dalai Lama when he met him in India last week.

"The intention of some forces in Taiwan to collude with separatists seeking 'Tibet independence' and to create disturbances will have a severe impact on relations across the Taiwan Strait," Ma said. "We firmly oppose any form of visit."

"Lim is inviting him to visit Taiwan to share his ideas and religious philosophy," Chang said.

On Tuesday, Taiwan Foreign Minister David Lee told lawmakers that if the Dalai Lama decided to come, the ministry would review the matter carefully, media reported.

China is suspicious of Tsai and her pro-independence Democratic Progressive Party, even as Tsai insists she wants to maintain peace with China.

In June, China stopped a communication mechanism with Taiwan because of the refusal of the government to recognise the "one China" principle.

China claims Taiwan as its own and has never renounced the use of force to bring it under its control. Defeated Nationalist forces fled to the island at the end of a civil war with the Communists in 1949.

The Dalai Lama, who won the Nobel Peace Prize in 1989, fled into exile in India in 1959 after an abortive uprising against Communist rule.

Tenzin Taklha, an aide to the Dalai Lama in Dharamsala, India, the seat of a Tibetan government in exile, declined to comment when reached by telephone.

The Dalai Lama, who is visiting Europe, says he wants genuine autonomy for his Himalayan homeland.