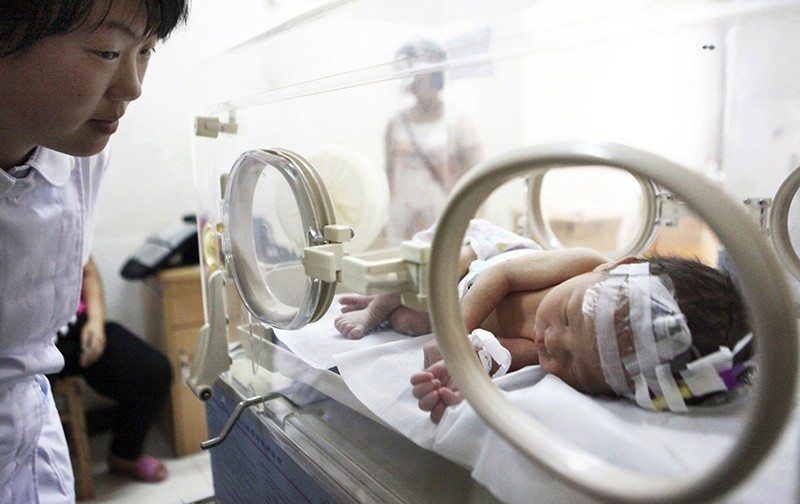 | Reuters File Photo
by Oct 05, 2016 12:00 am
A paediatrician has been hacked to death by the machete-wielding father of a newborn that died at a hospital in eastern China, according to local media reports Wednesday.

Laigang Hospital surgeons battled for five hours to save the 34-year-old doctor, who had sustained 12 blows to the head and three to the body, Beijing News reported.

Chen Jianli, the suspected killer, reportedly felt aggrieved at the hospital's treatment of his daughter, who died of complications related to pneumonia two days after her birth.

After being briefed on her death, the timing of which is not known, Chen returned to the hospital early Monday with a dagger and a machete in a shoulder bag with the intention of finding the doctor.

Violent hospital attacks are reportedly on the rise in mainland China.

In November, six nurses and a building manager were killed in an early morning knife attack on a hospital dormitory in the beach resort town of Beidaihe, north-eastern China.

In a May 2015 poll, some 13 per cent of Chinese doctors surveyed told the Chinese Medical Doctor Association they had been injured by patients.
Last Update: Oct 05, 2016 2:25 pm
RELATED TOPICS