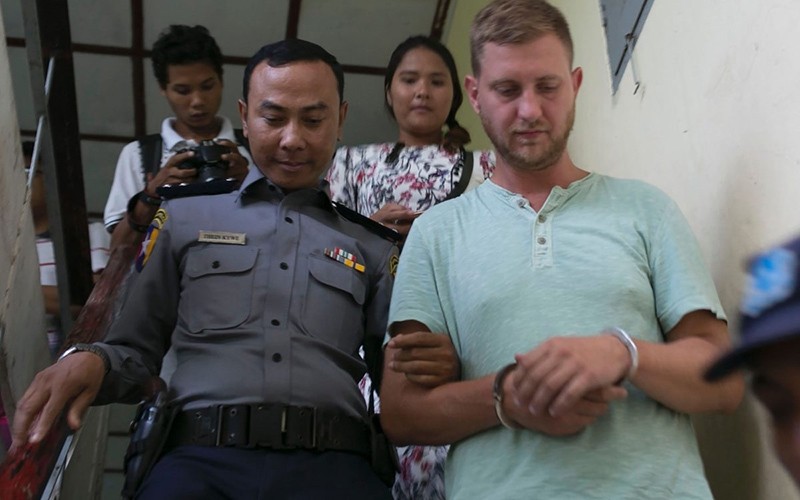 A Myanmar court has sentenced a Dutch citizen to three months in prison for interfering with a religious observance by unplugging an amplifier blasting a late-night Buddhist sermon near his hotel in Mandalay, the country's cultural capital.

Klaas Haytema, 30, and his girlfriend embraced and wept as he left the courtroom after his sentence was announced Thursday.

Haytema told a court hearing on Tuesday he was unaware a religious ceremony was in progress, but disconnected the hall's loudspeakers because they were disturbing his sleep, said Hla Ko, a Myanmar lawyer who volunteered to represent the Dutchman.

Sermons broadcast through the night using loudspeakers are a common practice in the Southeast Asian country, where the vast majority of people are Buddhists.The man who was reciting the sermon pressed charges against Haytema.

Haytema was also fined 100,000 kyats (about $100) for violating visa regulations requiring him to respect the culture. He could have been sentenced to two years in prison for insulting religion in the predominantly Buddhist country.