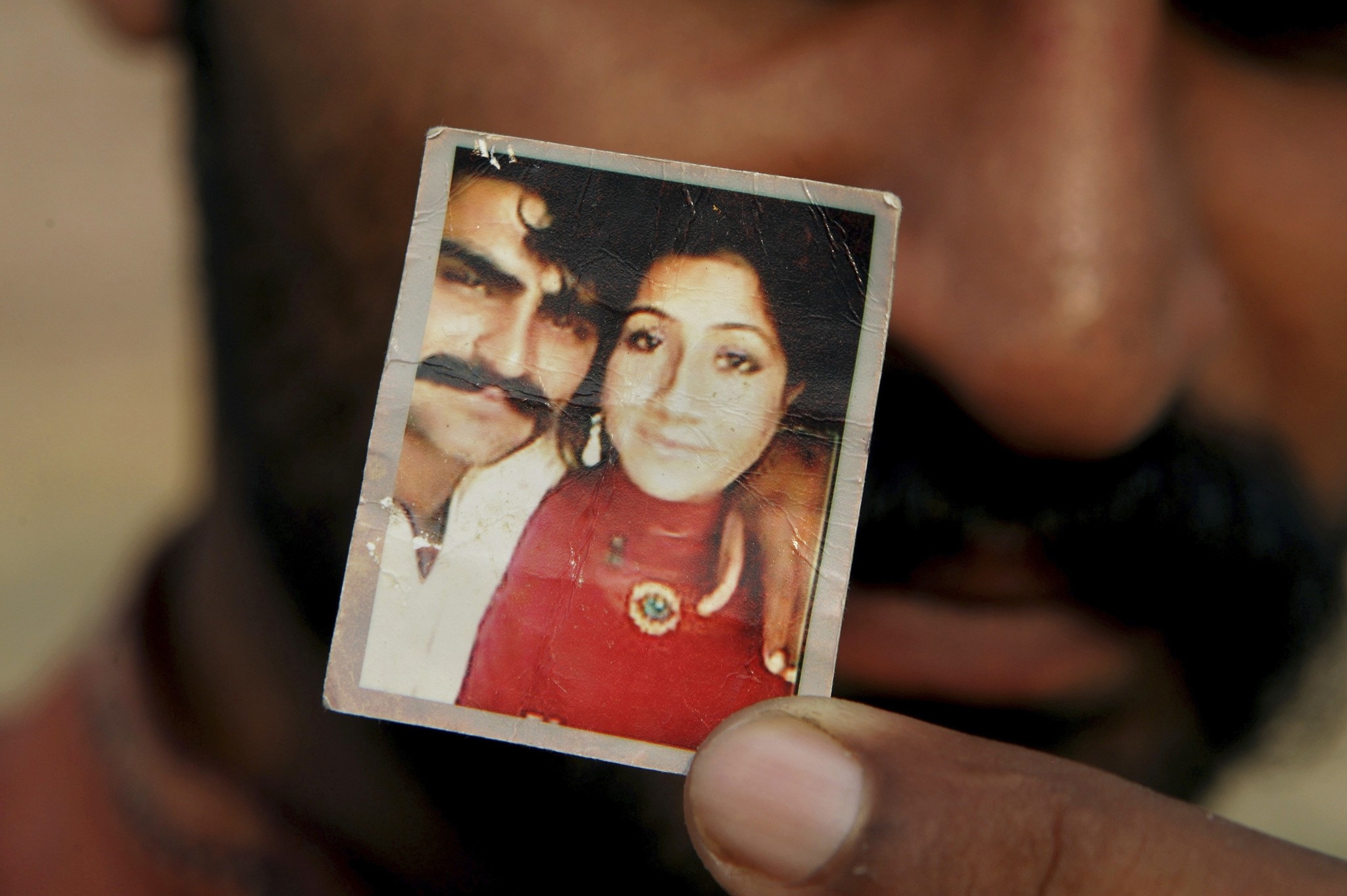 In this June 18, 2016 photo, Mohammed Tofeeq shows a picture with his wife Muqadas Tofeeq, who local police say was killed by her mother, in Butrawala village on the outskirts of Gujranwala, Pakistan. (AP Photo)
by Compiled from Wire Services Oct 06, 2016 12:00 am

Pakistan's Parliament have passed a law stiffening penalties for convicted "honor" killers, ending loophole that allowed them to go free.

The bill was passed Thursday after a raucous debate that lasted nearly four hours. The law gives a mandatory 25 years in prison to anyone convicted of killing in the name of honor and no longer allows family members to forgive the killers.

Hundreds of Pakistanis, the vast majority women and girls, are murdered every year by relatives after being accused of damaging a family's honor. The killings are prompted by acts as innocent as a woman marrying the man of her own choice or being seen sitting with a man. Most cases involve young women trying to choose partners against a family's wishes. Killers were rarely punished because of the forgiveness provision. Human rights activists have been battling for years for tighter laws.

In early June a father in the eastern city of Lahore, the capital of Punjab, killed his daughter and her husband because he disapproved of their marriage.

In May, a 16-year-old girl accused of helping a young couple elope was also killed and her body set on fire, in a case that again brought into the national spotlight.

Last year, more than 500 men and women were murdered in such killings, according to the Human Rights Commission of Pakistan.