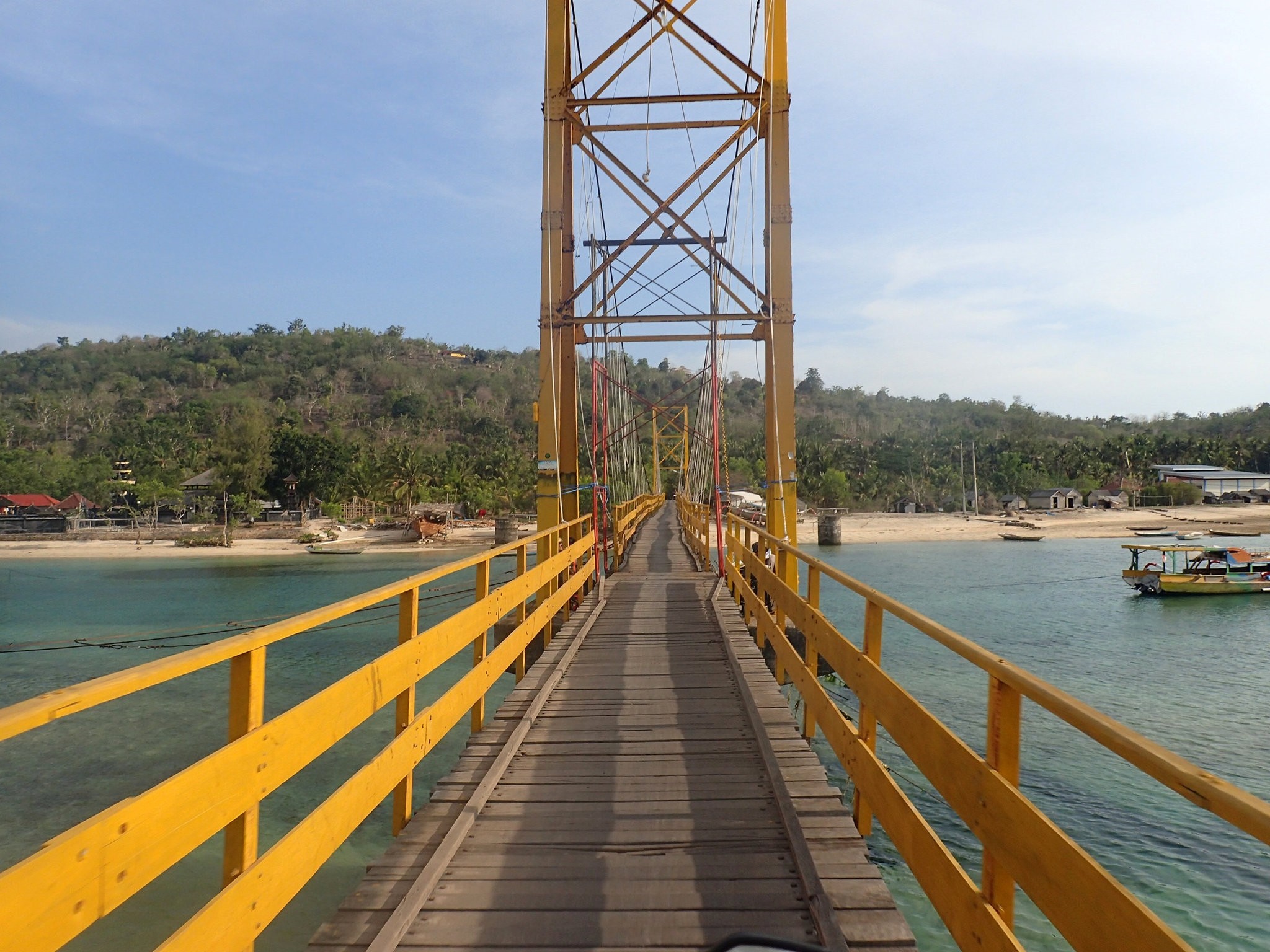 At least eight people were killed and 30 others injured Sunday after a small suspension bridge crowded with people returning from temple prayers collapsed near the Indonesian resort island of Bali, officials said.

The bridge, linking the small islands of Lembongan and Ceningan off of Bali, collapsed Sunday evening, said Sutopo Purwo Nugroho, a spokesman for the National Disaster Mitigation Agency.

Nugroho said the eight victims who died have been identified, including three children aged 3 to 9. He said two of the injured were in serious condition, while the others suffered minor injuries.

Initial reports indicate that there were no foreigners among the victims, Nugroho said.

The head of the subdistrict of Nusa Penida, Gusti Ngurah Agung Mahajaya, said authorities were still trying to determine whether any people were missing.

Mahajaya said the bridge, which was about 100 meters (yards) long and 1.5 meters (5 feet) wide and used only by pedestrians and motorcyclists, collapsed as many people were passing over it while returning from praying at a temple on Ceningan island.