2 Americans killed, 3 wounded by shooter at NATO base in Afghanistan 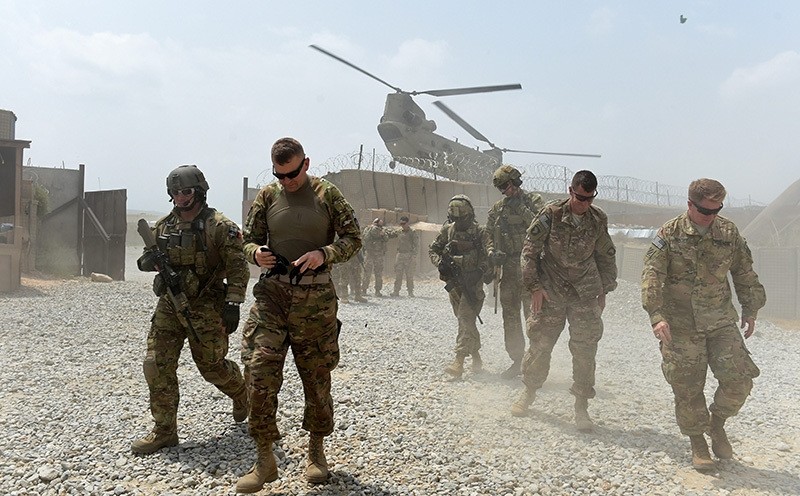 In this photograph taken on August 13, 2015, US army soldiers walk as a NATO helicopter flies overhead at coalition force Forward Operating Base (AFP Photo)
by Compiled from Wire Services Oct 19, 2016 12:00 am

Two Americans including a civilian were killed, three others were wounded Wednesday when a gunman opened fire near a military base in Kabul, NATO said, with Afghan officials calling it an "insider attack".

"One US service member and one US civilian died as a result of wounds sustained in Kabul today," NATO said in a statement, adding that three other Americans were wounded in the incident.

"The two individuals were killed during an attack near a coalition base by an unknown assailant, who was later killed," the statement said. "They were conducting duties as part of the larger NATO mission to train, advise, and assist the Afghan security services."

About 13,000 international troops and thousands of additional civilian contractors remain in Afghanistan to train and assist government forces battling Taliban insurgents hoping to reimpose a fundamentalist Islamic regime 15 years after they lost power in a U.S.-led military operation.

The shooting took place at about 11 a.m., while the international troops were visiting a base in Kabul, said Dawlat Waziri, a Defence Ministry spokesman.

He said reports indicated the suspected attacker, who was killed when the international troops returned fire, was wearing an Afghan army uniform.

American officials said they were investigating the incident.