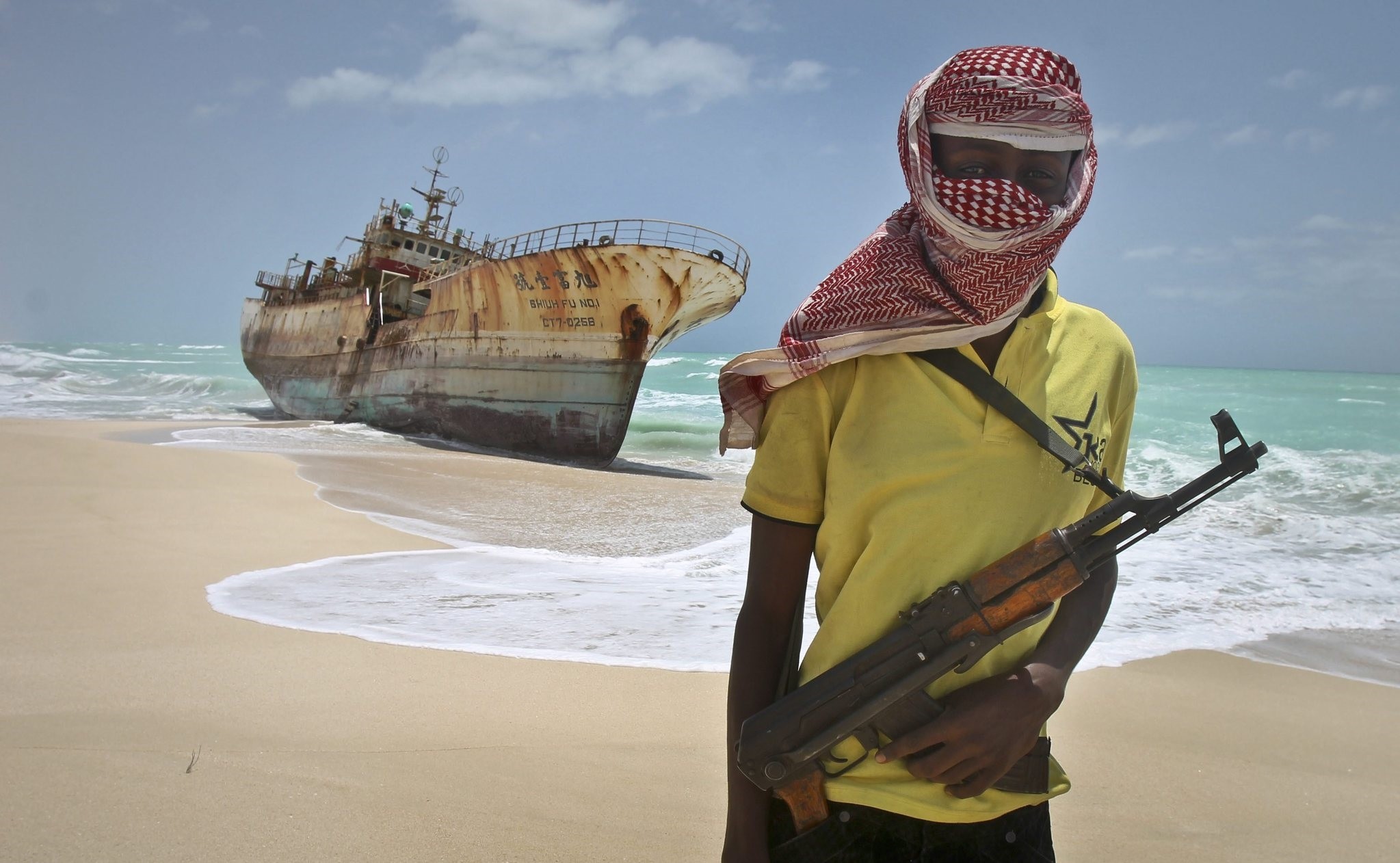 In this Sunday, Sept. 23, 2012 file photo, masked Somali pirate Hassan stands near a Taiwanese fishing vessel that washed up on shore after the pirates were paid a ransom and released the crew. (AP Photo)
by Compiled from Wire Services Oct 22, 2016 12:00 am

"We are very pleased to announce the release of the Naham 3 crew early this morning. They are currently in the safe hands of the Galmudug authorities and will be repatriated using a UN Humanitarian flight shortly and then on to their home countries," said John Steed, the Coordinator of the Hostage Support Partners (HSP) who helped negotiate their release.

The sailors from China, the Philippines, Cambodia, Indonesia, Vietnam and Taiwan were seized when the Omani-flagged FV Naham 3 was hijacked close to the Seychelles in March 2012, when pirate attacks were common in the area.

"The crew is staying overnight in Galkayo. They will arrive in (the Kenyan capital) Nairobi at 1830 local time tomorrow," said John Steed, East Africa region manager for the Oceans Beyond Piracy group.

The mayor of Galkayo in northern Somalia had earlier said the crew was set to arrive in Kenya on Saturday afternoon.

"The crew did not say if ransom was paid," mayor Hirsi Yusuf Barre told Reuters.

Their period of captivity is one of the longest among hostages seized by pirates in the anarchic Horn of Africa nation.

Steed said one member of the crew had died during the hijacking while two succumbed to illness. Among those released, one was being treated for a gunshot wound on his foot and three were diabetic.

The sailors were held in Dabagala near the town of Harardheere some 400 km (250 miles) northeast of the capital Mogadishu. Harardheere became known as Somalia's main pirate base at the height of the crisis.

The Oceans Beyond Piracy group said the crew were brought ashore by pirates when their ship sank more than a year after its hijacking.

Piracy off Somalia's coast has subsided in the past three years, mainly due to shipping firms hiring private security details and the presence of international warships.

The wave of attacks had cost the world's shipping industry billions of dollars as pirates paralysed shipping lanes, kidnapped hundreds of seafarers and seized vessels more than 1,000 miles from Somalia's coastline.