Students perform a mass haka in an attempt to break the Guinness World Record for the largest haka at Memorial Park in Masterton on November 2, 2016 (AFP Photo)
by French Press Agency - AFP Nov 02, 2016 12:00 am

Around 7,000 New Zealand schoolchildren stomped and bellowed their way through what is believed to be the largest-ever haka on Wednesday, claiming a new world record for the Maori war dance.

The children performed the haka challenge at a park in Masterton, just outside Wellington, watched closely by local stewards monitoring the event for the Guinness World Records.

The current record was set in 2014, when 4,028 people performed the haka at the grounds of French rugby club CA Brive Correze Limousin.

While Wednesday's figure of around 7,000 is yet to be officially confirmed, local justice of the peace Peter Debney was in no doubt the students had achieved their goal. 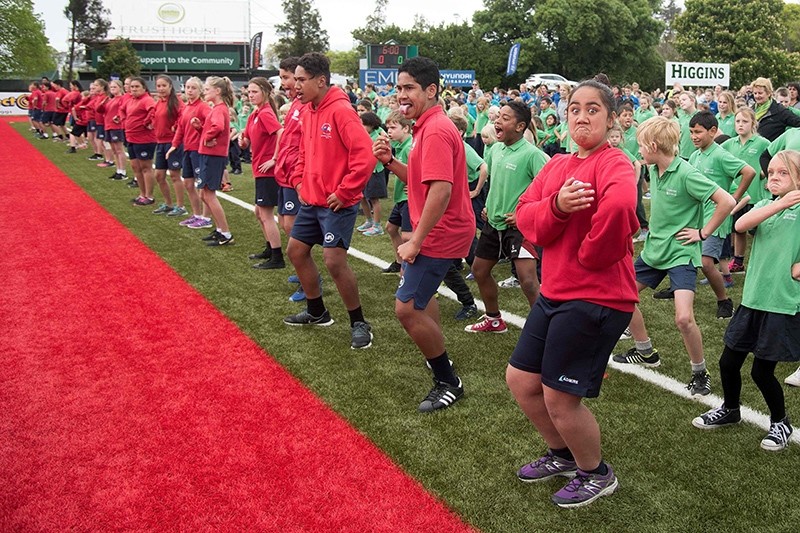 "Certainly from my observation, that's been achieved today," he told AFP.

Masterton Intermediate School principal Russell Thompson, who spent almost a year organising the event, said it was a point of national pride to return the record to the homeland of the haka.

He said the children did not perform the "Ka Mate" haka, which the world champion All Blacks rugby team use as a pre-match challenge.

Instead they opted another version called "Ko Wairarapa", written by a local Maori elder.

"It's a sense of identity I suppose. It tells people where we're from," he said.

The haka originated as a battlefield challenge but is now performed at weddings and funerals, as well as sporting events.