Australia wants to push unwanted refugees to the US 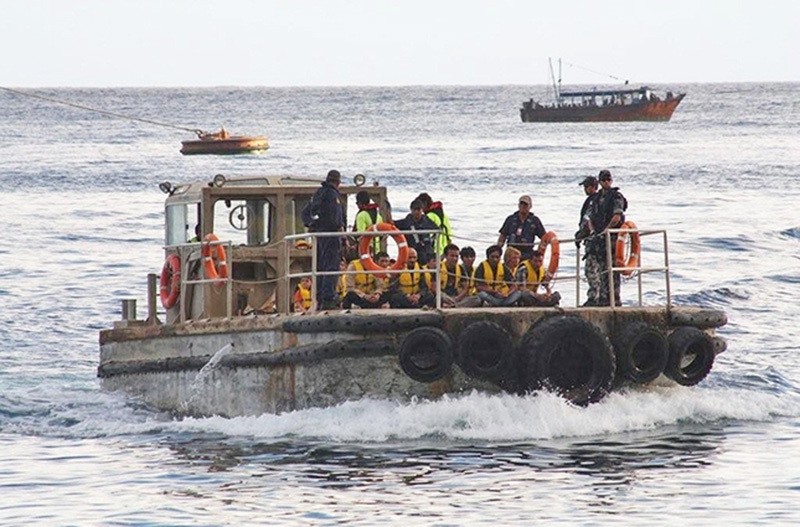 Australia is reportedly about to sign a refugee resettlement deal with the United States that would see the closure of its much-criticized offshore immigration detainee centers on Manus Island and Nauru.

Trump called for "a total and complete shutdown of Muslims entering the United States" during his election campaign, and many of those in the centers are Muslim.

The Australian newspaper reported Friday that an agreement with the U.S. could be announced within days.

Immigration Minister Peter Dutton has refused to be drawn on specifics, but earlier this week he stated that he is in "sensitive discussions with a number of countries" to relocate refugees from Manus and Nauru in a third country.

On Tuesday, the ABC reported that Dutton will soon be releasing more details on a deal.

The Australian reported that an announcement from President Barack Obama's administration is expected within days, possibly over the weekend,

According to The Australian, the deal would see the transfer of up to 1800 detainees currently held on Manus Island and Nauru (many of whom have been detained by Australia for up two years) to the U.S. before Trump's presidency begins

The Green party's immigration spokesperson expressed concern Friday that the Trump could "rip up" any resettlement agreement put in place.

"Reports of a deal with the U.S. lack any detail whatsoever, but the idea of sending Muslim refugees to Donald Trump's U.S. raises some concerns," Senator Nick McKim said in a statement.

"We also have no idea what would happen to people detained in the camps who have not been found to be genuine refugees.

"We need more detail from the government, but the safest and most durable solution is to bring every single person currently detained in camps on Manus Island and Nauru here to Australia."

On Thursday an amendment to migrant legislation proposed by the government that would place a lifetime ban on adult asylum-seekers who come to Australia by boat ever setting foot in the country passed the House of Representatives (the Lower House).

The amendment, which has been referred to as "cruel" and "inhumane", now has to pass the Upper House -- the Senate -- before it becomes law.

The federal opposition party, Labor, will oppose it, but cross benches may push it through when it is put before the Senate on November 22.

Dutton has stated that he wants the legislation passed before he names the country or countries prepared to resettle Australia's asylum seekers.

He maintains that the law is necessary for the government to keep its promise that no asylum seeker who comes to Australia by boat will ever be allowed to live in Australia.

Australia has not resettled any refugee who have arrived by boat since July 19, 2013.