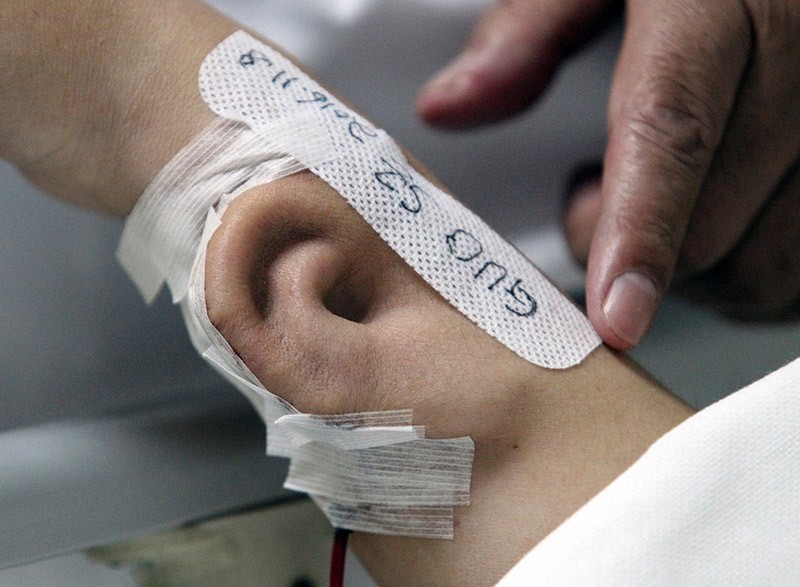 Doctors have planted an artificial ear on a Chinese man's forearm in a medical breakthrough. Ji had lost his ear in a car accident more than a year ago, but is in the process of getting his missing ear back thanks to an unconventional method.

According to Chinese news site Huangiu the forearm of the man was initially stretched to form new tissue.

The next step was to remove cartilage from the patient's ribs in order to form an auricle.

In order to surround it with skin, the artificial ear was planted onto the forearm of Ji. The doctors expect it to take at least four months until it is fully grown.

Doctors will then sew it on in the place of his lost ear and supply it with blood.

The Chinese doctors estimate that the risk of rejection as low, because the ear was formed with tissues produced naturally in the body.

If the procedure is successful, it will be a great relief for the patient. "I've always felt so incomplete," Ji said.

The ear operation marks, for the time being, the last turning point in a long history of suffering for Ji. He had suffered severe facial injuries in the accident, and doctors have reconstructed his face and cheekbones in several other surgeries.

Whether he will actually be able to hear something with the artificial ear is not yet clear. However, Ji's inner ear should be still undamaged despite the car accident.

The fact that Chinese doctors were able to produce an artificial ear from cartilage tissue is not completely unprecedented.

According to ABC News, US doctors succeeded in growing an ear on the arm of a woman who had lost hers due to cancer, in 2012.