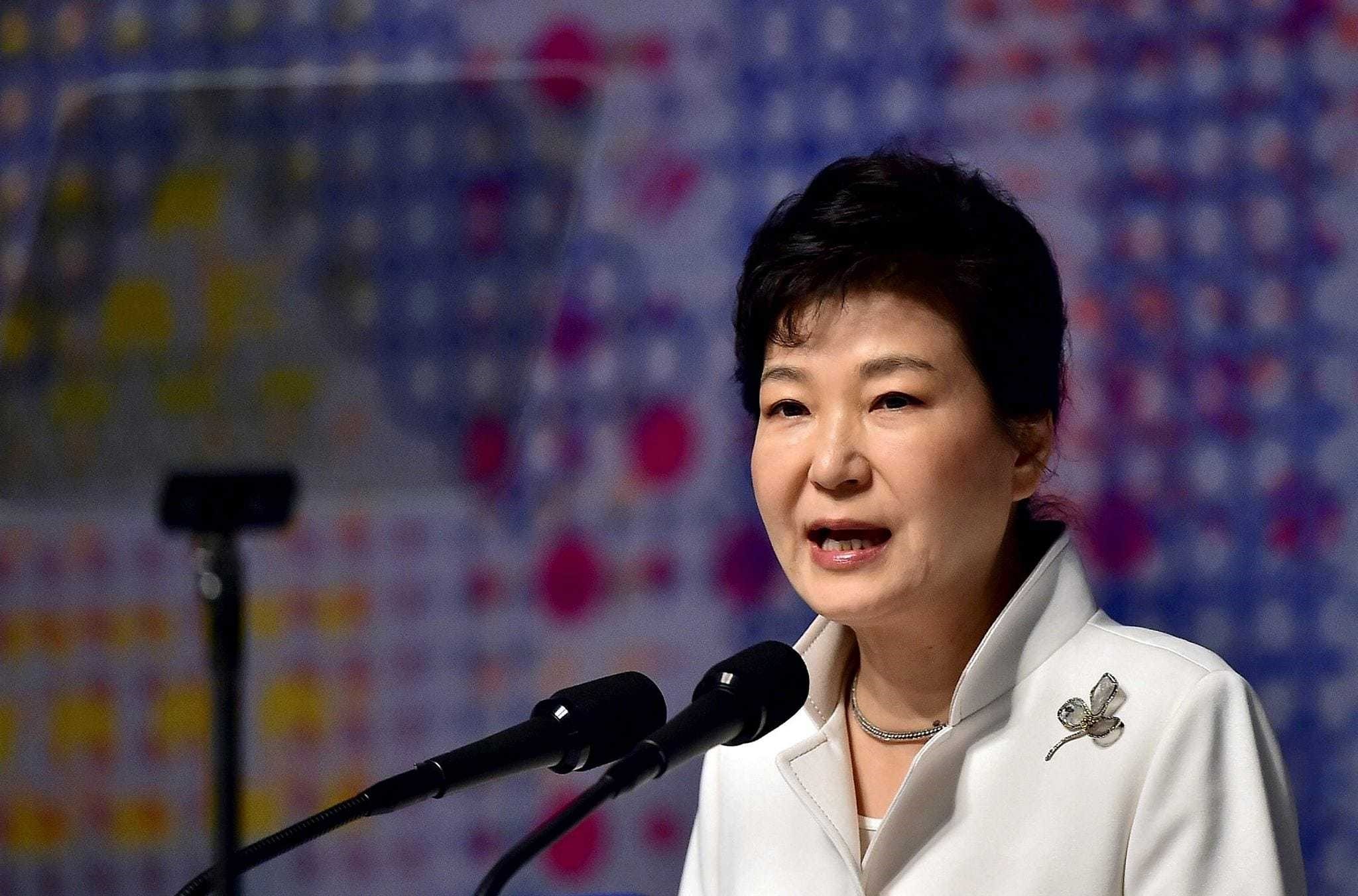 by Compiled from Wire Services Nov 14, 2016 12:00 am
South Korean leader Park Geun-hye was set to become her nation's first sitting president to be questioned by prosecutors, according to an official investigating a power abuse scandal that has rocked Seoul's leadership. Park conceded back on Nov. 4 that she would be prepared to cooperate with the country's prosecution.

"The face-to-face questioning of President Park should be conducted by this Tuesday or Wednesday at the latest. We're waiting for a faithful answer," the official was quoted as saying Sunday by local news agency Yonhap.

But the presidential office cautioned that a response may not come until Tuesday because of Park's schedule and the process of appointing an attorney.

Several aides to the president have already been arrested or questioned, including private citizen Choi Soon-sil, who is accused of wielding undue influence over state affairs amid claims that corporations were pressured into making large donations in return for favors. Prosecutors are pushing to complete any investigation into Park this week because of the upcoming expiry of Choi's legal detention period.

Choi is the daughter of late religious leader Choi Tae-Min, who was married six times, had multiple pseudonyms and set up his own cult-like group known as the Church of Eternal Life. He befriended a traumatized Park after the 1974 assassination of her mother, who he said had appeared to him in a dream. Park treated him as a mentor and subsequently formed a close bond with his daughter.

While the president has twice apologized for seeking speech-writing help from her secret confidante, her Gallup Korea approval rating has been stuck at a record low five percent for a fortnight. Organizers of a rally in Seoul on Saturday said over a million people gathered to call for Park's resignation, dwarfing even the previous weekend's mass street protest.

Speaking in the wake of the largely peaceful demonstration, the president's spokesman Jung Youn-kuk admitted she is "considering all possible options" with more than a year left of her term. The government is currently stuck in a political deadlock due to lawmakers rejecting Park's proposed solution of handing more power to a new prime minister.

As the South's largest business conglomerate by far, Samsung also faces allegations that it separately offered millions of euros to Choi to bankroll her daughter's equestrian training in Germany.

In an effort to deflect rising public criticism, Park had been urged to create a neutral cabinet by bringing in members from outside her ruling conservative Saenuri Party. She has reached across the traditional political divide with a host of new appointments, including tapping the liberal Kim Byong-Joon as her new prime minister, a largely symbolic post. The scandal comes as South Korea, Asia's fourth largest economy, faces slumping exports and high unemployment amid rising nuclear and missile threats from North Korea.
RELATED TOPICS