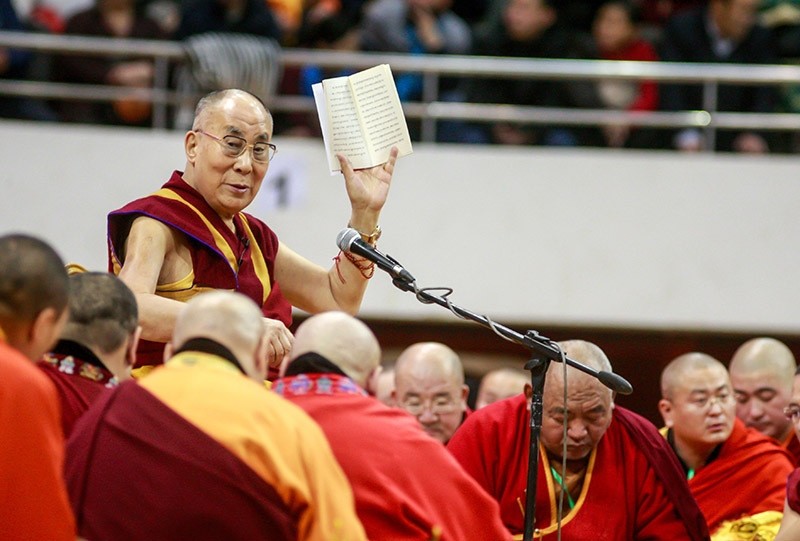 China urged Mongolia on Sunday to take steps to protect the two countries' relations after the Dalai Lama visited the central Asian country at the weekend, despite Beijing repeatedly voicing its opposition.

The exiled Tibetan spiritual leader arrived in Mongolia on Friday to meet Mongolian Buddhist leaders, according to his website. Chinese foreign ministry spokesman Geng Shuang, in a statement, said Mongolia should "adopt effective measures to eliminate the negative effects of the Dalai Lama's visit, in order to prevent the disruption of the healthy development of China-Mongolia relations."

Mongolia had repeatedly ignored China's cautions against allowing the visit, much to Beijing's dissatisfaction, the statement said. Beijing frequently expresses its anger with countries that host the 81-year old Nobel Peace Prize winner, who fled to India in 1959 following a failed uprising against the Chinese.

After the Dalai Lama visited Mongolia in 2006, China cancelled flights between Beijing and Ulaanbaatar. Flights later resumed. China regards the Dalai Lama as a separatist, though he says he merely seeks genuine autonomy for his Himalayan homeland Tibet, which Communist Chinese troops "peacefully liberated" in 1950.

Rights groups and exiles accuse China of trampling on the religious and cultural rights of the Tibetan people, charges strongly denied by Beijing, which says its rule has brought prosperity to a once backward region.