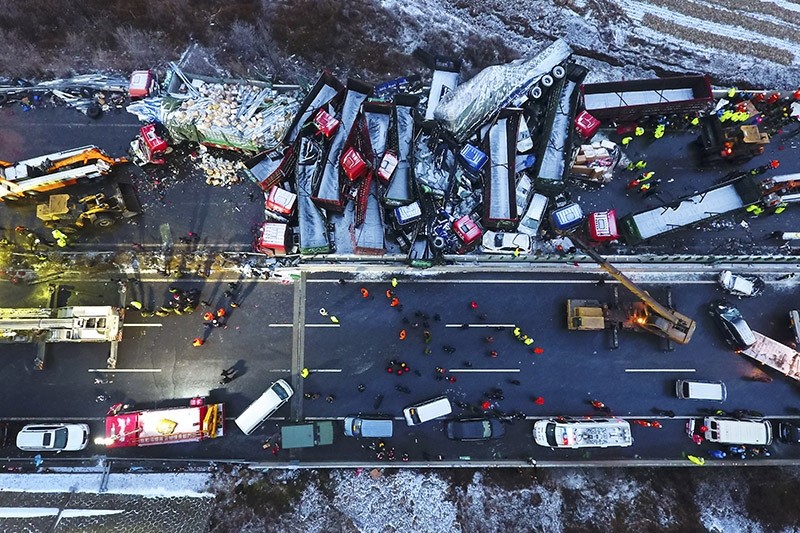 Fifty-six vehicles were involved in the accident which occured on Monday during bad weather on a freeway in the northern province of Shanxi, the Xinhua news agency reported.

Those injured in the crash are reportedly now in a stable condition following treatment, local authorities said on Tuesday morning.

According to the World Health Organization approximately 260,000 people in China die each year as a result of road accidents.

The number has rapidly risen due to increasing traffic, however police also blame inconsiderate driving.