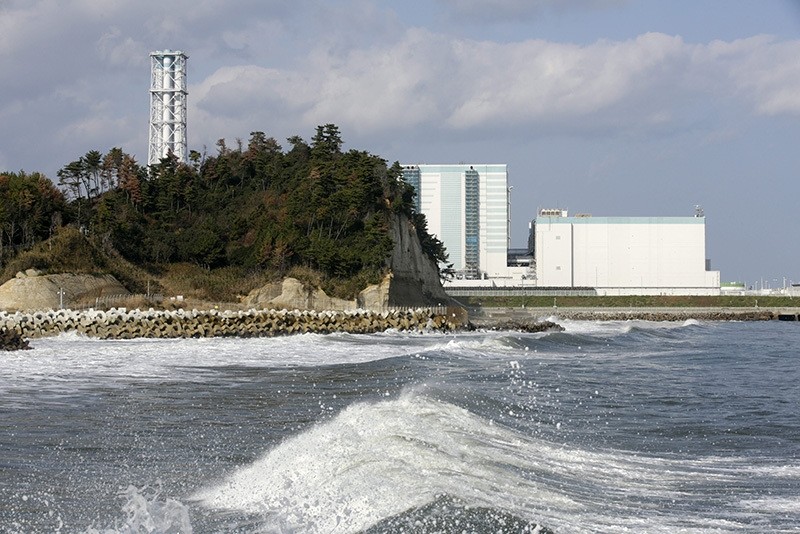 At first, it was 2011 all over again. "It really came back. And it was so awful. The sways to the side were huge," Kazuhiro Onuki said after northeastern Japan was jolted Tuesday by a magnitude-7.4 earthquake, the strongest since a devastating quake and tsunami five years ago.

"But nothing fell from the shelves," Onuki, 68, said in a phone interview, his voice calm and quiet.

Coastal residents returned home from higher ground, and fishing boats to port, after tsunami warnings were lifted along Japan's Pacific coast. The earthquake gave Tokyo — 240 kilometers (150 miles) away — a good shake, but was much less powerful than the magnitude-9.0 quake in 2011, and only moderate tsunami waves reached shore. 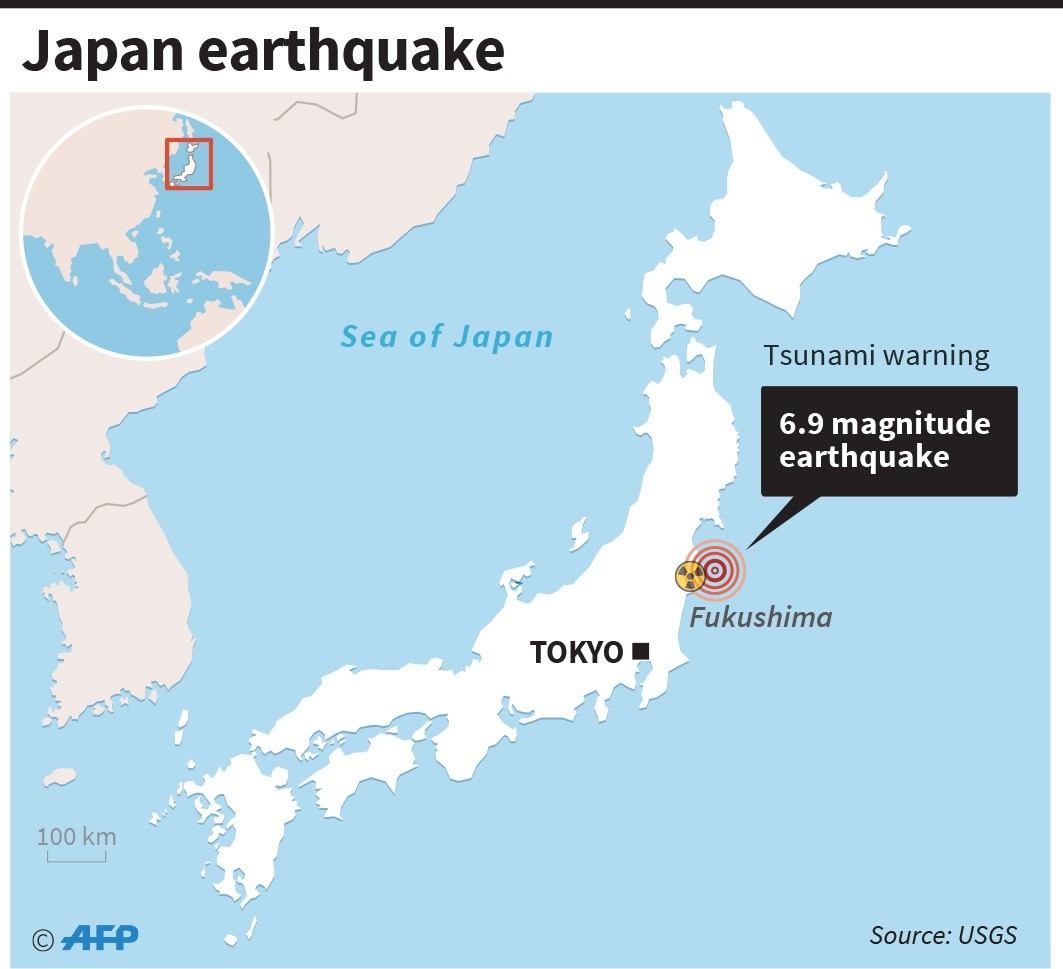 The Fukushima Dai-ichi nuclear power plant, which leaked radiation for kilometers after the 2011 tsunami, reported no abnormalities. Decommissioning work on the destroyed reactors was suspended and the site inspected.

At least 14 people were reported injured, three with broken bones, and Japanese TV showed items scattered on the floor in a store and books fallen from shelves in a library.

On the coast, lines of cars snaked away in the pre-dawn darkness after authorities urged residents to seek higher ground immediately. 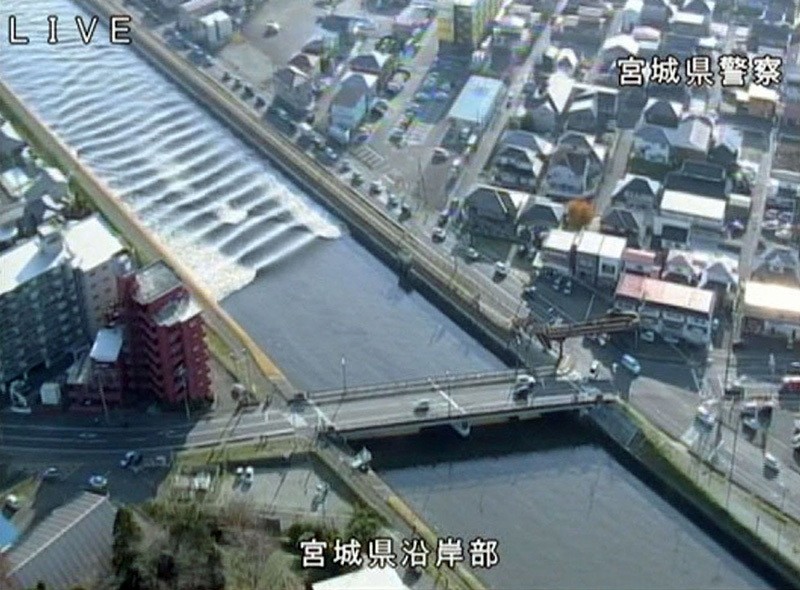 The evacuation appeared to proceed calmly. Katushiro Abe, a 47-year-old tourism official in Ishinomaki, a city hit hard by the 2011 tsunami, was on the early shift and already in the office, but his wife and teenage daughter fled their home.

He said his family jumped in a car and drove to the foot of a nearby hill and rushed up.

Tsunami alerts have been issued at least two times since 2011, he said, so his family was prepared and wasn't that alarmed. "We stayed in touch by email," he said.

It was the largest earthquake in northeastern Japan since the one in 2011 and some large aftershocks the same day. The U.S. Geological Survey measured Tuesday's quake at a lower magnitude of 6.9.

The Japan Meteorological Agency described it as an aftershock of the 2011 quake, which triggered a tsunami that killed about 18,000 people and wiped out entire neighborhoods.

"Aftershocks could continue not only for five years but as long as 100 years," Yasuhiro Umeda, a Kyoto University seismologist, said on Japanese broadcaster NTV.

In some areas, water could be seen moving up rivers, which funnel the waves to even greater heights, but remained well within flood embankments. It was eerily reminiscent of the 2011 disaster, when much larger waves rushed up rivers and overflowed, sweeping away houses and automobiles.

Captains took their boats out to sea to avoid any damage as the waves rolled in.

"When I evacuated offshore, I experienced unusual waves," crew leader Hideo Ohira said after returning to Onahama port. "But they were not that big."

TEPCO, the utility that operates the Fukushima Dai-ichi plant, said a swelling of the tide of up to 1 meter (3 feet) had been detected offshore.

The plant is being decommissioned after the 2011 tsunami sent three of its reactors into meltdown, but the site remains at risk as the utility figures out how to remove still-radioactive fuel rods and debris and what to do with the melted reactor cores.

At the nearby Fukushima Dai-ni plant, TEPCO said a pump that supplies cooling water to a spent fuel pool stopped working, but a backup pump was employed after about 90 minutes, and the temperature rose less than one degree.

Naohiro Masuda, head of TEPCO's decommissioning unit, said he believes a safety system shut off the pump automatically as the water in the pool shook.

Onuki, the man who recalled the 2011 quake, has not been able to return to his home in Tomioka since then. The town remains a no-go zone because of radioactive contamination. He was staying at what he calls one of his temporary homes on Tuesday.

"I felt again that we should not have nuclear power," he said.