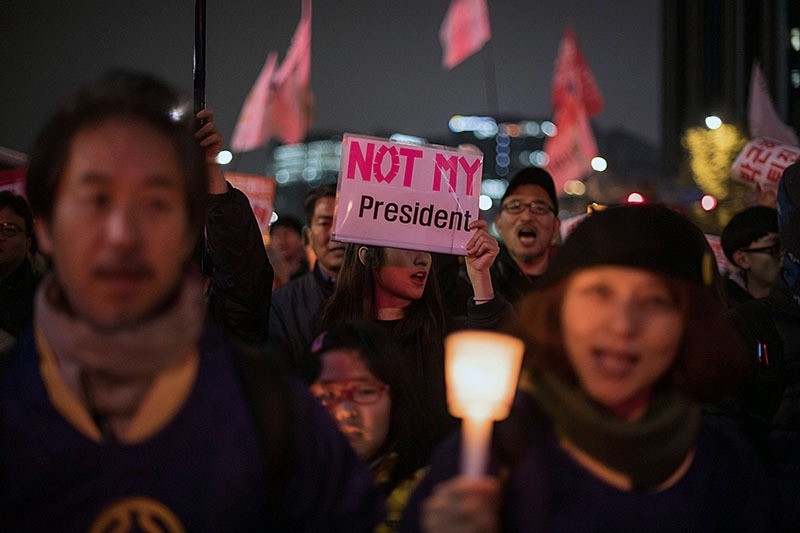 South Korean President Park Geun Hye's approval rating fell to a record-low of 4 per cent in a survey published on Friday, amid an ongoing corruption scandal involving one of her friends.

The survey of 1,004 South Koreans was conducted by pollster Gallup Korea from Tuesday to Thursday, local news agency Yonhap reported.

It marks the lowest approval rating for any South Korean president in the company's survey since 1988.

According to the survey, 93 per cent of those asked expressed discontent about Park's job performance.

In contrast, the approval rating of the main opposition Democratic Party rose to 34 per cent, Yonhap reported.

Park is accused of allowing her friend Choi Soon Sil to meddle in public affairs. Choi is thought to have had access to secret state documents even though she holds no official position.

The scandal has put Park under severe political pressure, with opposition parties announcing Thursday that they would seek to impeach her. However, they will need the support of some lawmakers from Park's governing party in order for such a motion to pass in parliament.