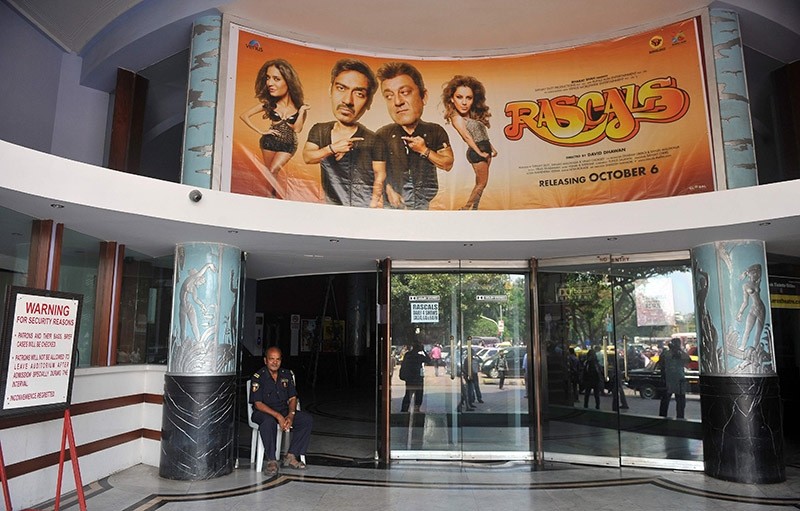 All cinemas must play the national anthem before screening movies and audiences should stand for it, India's highest court ruled Wednesday, drawing angry accusations of an assault on civil liberties.

The Supreme Court panel said cinemas should display the national flag on the screen as the anthem was played, and that making people stand up would instill a sense of patriotism.

"The national anthem has to be played in cinema halls before the feature film is played with the national flag displayed on the screen," said Abhinav Shrivastava, the lawyer for the private plaintiff in the case.

Many cinemas already play the national anthem before screenings, but only the western state of Maharashtra has made it mandatory to do so, and the issue of whether audiences should be made to stand has long been the subject of debate.

"When the national anthem is played it is imperative for everyone to show honor and respect," the judges said, according to the Livelaw news website, a comment Indian media said meant audiences should stand.

Playing the national anthem "would instill a sense of committed patriotism and nationalism", they said.

The ruling drew sharp criticism, with many saying it was a violation of civil liberties.

"It is bad enough for the Supreme Court to scorn individual freedom. To do so on an issue as unserious and arbitrary as what should be done at cinema halls is terrible," wrote Nitin Pai, founder of the Takshashila Institution think tank, in a blog post.

The issue has long been controversial in India, where some liberals say freedom of speech is being stifled by the right-wing nationalist government currently in power.

Last month a disabled man described how he was attacked in a cinema in western India for failing to stand for the anthem.

And in January a Bollywood scriptwriter was heckled inside a cinema in Mumbai after he refused to stand for the song.

C Kalyan, vice president of the Film Federation of India, said producers favoured the ruling as it would end the confusion.

"We played it in some states, but now the court ruling is clear," Kalyan told AFP.

Shekhar Kapur, the Indian film maker behind "Elizabeth" and "Bandit Queen", said he hoped the court would also order the parliament to sing the national anthem.

"Often its drama too is movie-like," he tweeted.