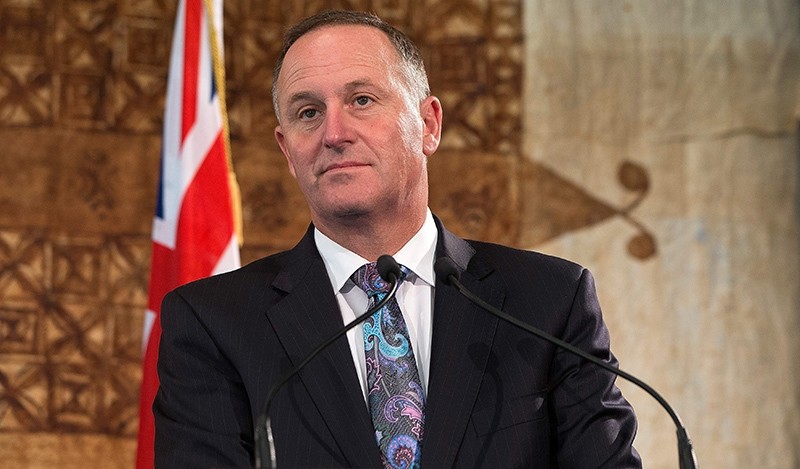 "This has been the hardest decision I have ever made," he told a news conference in Wellington.

The National Party leader said in his three terms as prime minister he had given everything to the job he cherished and the country he loved.

Key said his wife Bronagh had made a "significant sacrifice" during his eight years in politics, and now was the right time for him to take a step back in his career and spend more time at home.

"All I can say is that I gave it everything I had. I have left nothing in the tank," he said.

"For me this feels the right time to go," Key said. "It gives the cabinet and caucus plenty of time to settle in with a new leader before heading into the next election."

The country's next general election is set to take place in the second half of next year.

A special National Party caucus meeting held next Monday will select a new leader and later that day Key plans to tender his resignation to the governor-general. Current Deputy Prime Minister Bill English is one of the favourites to take over the role of prime minister.

English confirmed in a subsequent press conference that Key had asked him to stand for office but said he had to discuss it with the caucus and his family first.

The 54-year-old has been a politician for 26 years and fronted the National party's worst-ever election defeat against Labour's Helen Clark in 2002.

"You learn more from losing than you do from winning, and every day for the past 10 years, I've had a masterclass in watching John Key," he said, when asked about his earlier attempt to become prime minister.

The New Zealand dollar dropped on the news of Key's resignation from 71.1 cents to 70.8 US cents. The currency's value is not expected to drop permanently though, experts said.

A senior economist at ANZ bank, Phil Borkin,​ said the ongoing fate of New Zealand's markets would depend on how the transition to the new leader goes.

"We can definitely say it's a different environment than when we've seen leadership changes in Australia, which have been far more toxic," Borkin told Fairfax Media.

"We've had political stability for some years and that's set us apart from many other countries."

Key, a former investment banker with Merrill Lynch, led the New Zealand National Party since 2006 and served as premier since 2008.

He admitted Monday that he does not yet know what he will do next in his career, but said he never saw himself as a career politician.
Last Update: Dec 05, 2016 7:49 am
RELATED TOPICS