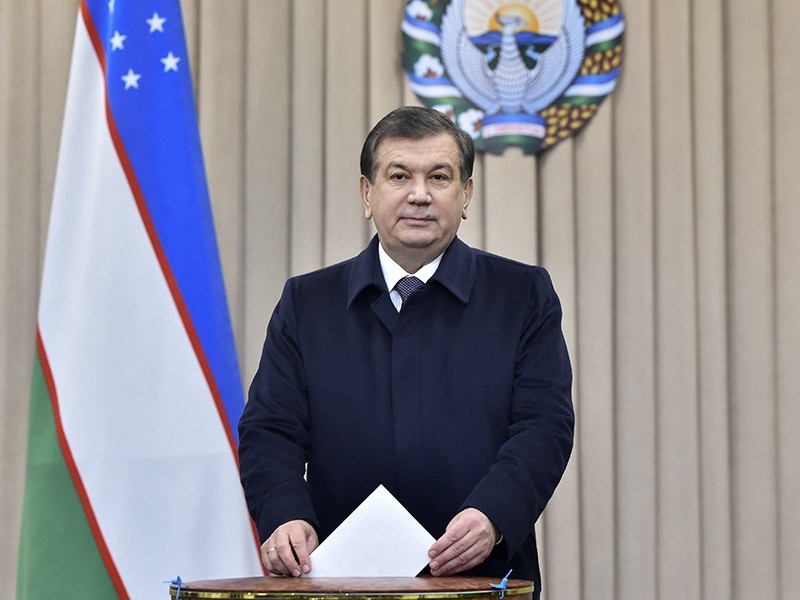 Shavkat Mirziyoyev garnered 88.61 percent of the vote, Central Election Commission head Murza-Ulugbek Abdusalomov said during a briefing in Tashkent. Turnout was 87.83 percent, according to officials.

None of the other three presidential contenders managed to get more than 4 percent of the ballots cast.

While there were some minor improvements compared with previous elections, the vote was marred by a muzzled media, lack of independent candidates and widespread falsification, according to a report released by the Organization for Security and Cooperation in Europe's Office for Democratic Institutions and Human Rights.

The election "underscored the need of comprehensive reform to address long-standing systemic shortcomings," the OSCE said in its preliminary findings.

But the result will consolidate Mirziyoyev's position following his appointment as acting president just six days after Karimov's death was announced at the beginning of September.

Karimov led Uzbekistan since before the 1991 Soviet collapse, first as its communist boss and then as its president. During his long tenure, he ruthlessly crushed all opposition and was denounced by international rights groups for abuses that included killings and torture. His death raised concerns that the predominantly Muslim nation of about 32 million might see fierce infighting over the choice of a successor.

The 59-year old Mirziyoyev, an engineer by training, served as Karimov's prime minister for 13 years.

Umida Niyazova, an Uzbek human rights activist who fled Uzbekistan in 2007, said Sunday's vote was a "carbon copy" of elections under Karimov. "88.6 percent is a Karimov-style result," she said in a phone interview from Berlin. "The only thing different in this election was the fact that Islam Karimov didn't run."

Russian President Vladimir Putin was one of the first world leaders to congratulate Mirziyoyev. In a phone call, Putin invited Mirziyoyev to visit Russia, the Kremlin said in a statement.

While Mirziyoyev is known as pro-Russia and is expected to move Uzbekistan closer to Moscow, he is also likely to make overtures to Europe and the West, according to Daniil Kislov, the editor of Moscow-based news agency Ferghana.ru.

Uzbekistan, Central Asia's most populous nation, is rich in natural resources and borders Afghanistan, making it of strategic interest to Russia, the U.S. and China.

The U.S. built a base in Uzbekistan to support military action in Afghanistan after the Sept. 11 attacks. Washington was forced to abandon the facility in 2005 as relations between Uzbekistan and the U.S. soured following a government crackdown on rioters in the Ferghana Valley city of Andijan that is believed to have left hundreds dead.

The change of regime has raised hopes that there might be some relaxation of Uzbekistan's authoritarian political power.

In Tashkent, the security around the president's cortege has been reduced and there were reportedly fewer police present at polling stations Sunday. The OSCE was allowed to send a full team of electoral observers for the first time.

But few envisage that Mirziyoyev will take any dramatic steps.

"The new president and the new president's team want to change the (political) climate in many ways, but they will probably be superficial changes," Kislov said.

Almost all Western media have long been barred from reporting inside Uzbekistan, and the country's independent journalists and activists have faced sustained harassment.