At least 45,000 homeless after magnitude 6.5 quake in Indonesia 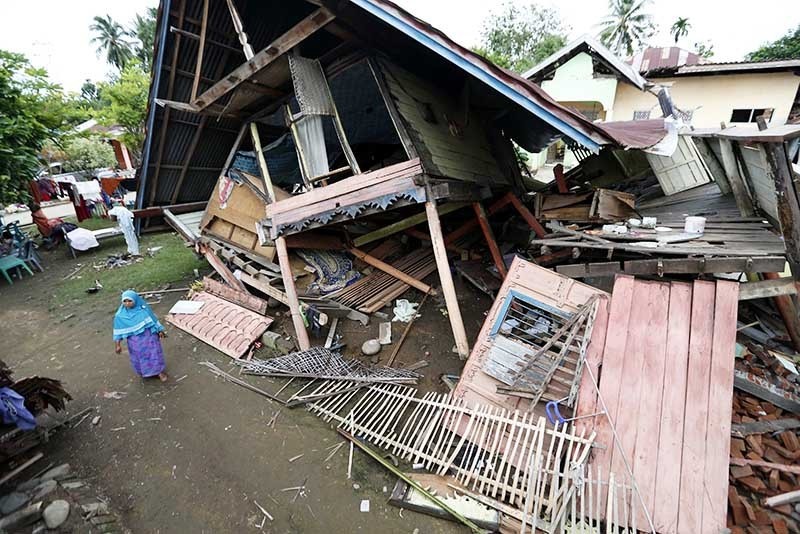 At least 45,000 people have been displaced by the powerful earthquake that hit Indonesia's Aceh province, authorities said Saturday, as the government and aid agencies pooled efforts to meet the basic survival needs of shaken communities.

The estimate of the number of homeless people continues to grow while relief efforts fan out across the three districts near the epicenter of Wednesday's magnitude 6.5 quake, National Disaster Mitigation Agency spokesman Sutopo Purwo Nugroho told a press conference.

"The basic needs of refugees must be met during the evacuation," the agency said in statement.

Humanitarian groups are now coordinating their efforts from a main command post in the worst affected district Pidie Jaya, the agency said.

At least 100 people were killed and hundreds injured in the quake, which also destroyed or damaged more than 11,000 buildings, mostly homes but also several hundred mosques and schools. The displaced are staying in temporary shelters and mosques or with relatives.

On Saturday, sniffer dogs were again used in the search for bodies and possible survivors in the devastated town of Meureudu, where a market filled with shop houses was largely flattened. Four other locations in Pidie Jaya are also the focus of search efforts.

Australia's government said on Saturday it will provide 1 million Australian dollars ($750,000) of humanitarian aid through the Indonesian Red Cross.

Foreign Minister Julie Bishop said Australia is ready to respond to additional requests for assistance from the Indonesian government.