Tensions rise in Myanmar as curfew extended for 2 months 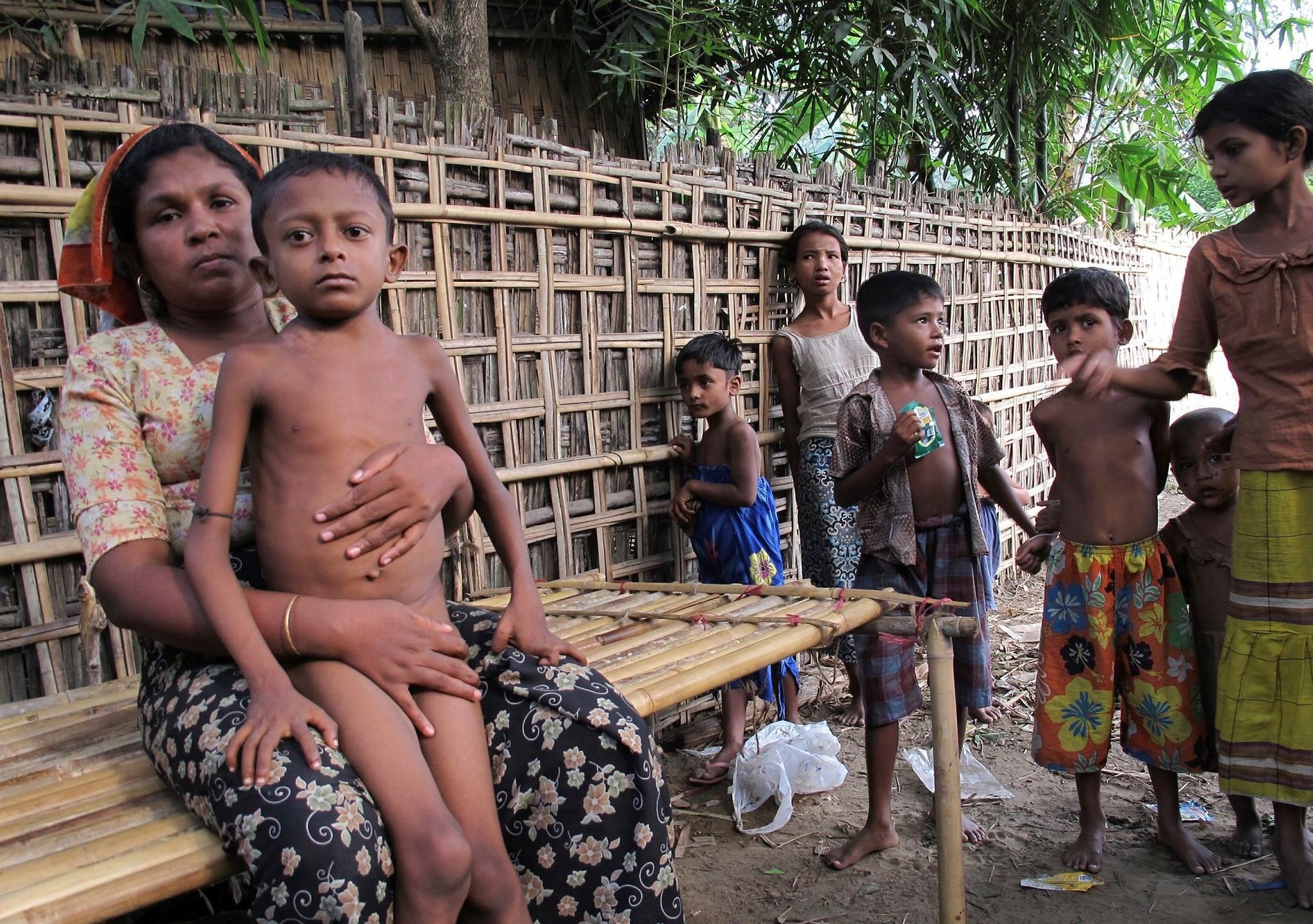 The Rohingya draw occasional international attention when violence against them becomes too much to ignore, or when they travel in great numbers to foreign shores.
by Daily Sabah with Wires Dec 12, 2016 12:00 am

Myanmar authorities extended a nighttime curfew amid escalating tensions near its border with Bangladesh for Rohingya Muslims, the most persecuted ethnic minority in the world according to the UN

Myanmar authorities have extended a nighttime curfew for another two months along the country's conflict-stricken western border with Bangladesh, extending the dusk-to-dawn restrictions which have been in place ever since armed men attacked local police stations on Oct. 9 in the district of Maungdaw in western Rakhine state, where a partial curfew - in effect from 11:00 p.m. until 4:00 a.m. - had already been in effect since communal violence began in mid-2012.

In the weeks following the Oct. 9 attacks, Rohingya advocacy groups claim that around 400 Rohingyas had been killed, while Myanmar officials claim that 93 people - including 17 soldiers and 76 alleged "attackers" and six victims who reportedly died during interrogations --- have been killed.

Limits have also been imposed on the number of people attending public gatherings, with no more than five people allowed to gather in public in the area. On Saturday, the Information Committee at the State Counselor's Office announced the extension of the curfew to include the hours between 7:00 p.m. and 6:00 a.m. in an area predominantly comprised of members of the country's stateless Rohingya Muslim minority.

Regional government spokesperson Min Aung told Anadolu Agency (AA)that despite the curfew, people are still able to move freely around town,visiting public places such as mosques without restraint: "This order is in effect for both communities; not only one," he said by phone on Saturday. The violence in the area has left around 57 Muslims and 31 Buddhists dead,while an estimated 100,000 people, primarily Rohingya, have been displaced in camps. More than 2,500 homes have been razed -- most of which belonged to Rohingya.

The statement from the State Counselor's Office added that at least 575 people have been detained suspected of involvement in the attacks in the area. Among those detained, 88 persons have been charged, 10 have been released, six died during questioning, one was released on bail and roughly 470 are still being interrogated.

The Rohingyas are being subjected to abuses of their fundamental rights.Myanmar's Nationality Law, approved in 1982, denies Rohingya citizenship and, according to the law, foreigners cannot become naturalized citizens of Myanmar unless they can prove a close familial connection to the country.

Rohingyas are not recognized among the 134 official ethnicities in Myanmar because authorities see them as illegal immigrants from neighboring Bangladesh. They are subjected to forced labor, have no landownership rights and are heavily restricted by the government. They are denied the permission to leave the camps that were built for them, have no source of income and have to rely on the World Food Program to survive. The U.N. considers Rohingyas to be one of the most persecuted minorities in the world.

Since 2012, the unrest in Myanmar has cost many Rohingyas their lives. Roughly 140,000 Rohingyas who are stateless have been placed into camps for internally displaced people due to the increasing violence they face, the U.N. High Commissioner for Refugees (UNHCR) said.

The Rohingyas are a Muslim ethnic group living mainly in Myanmar who are believed to have descended from Muslim traders who settled in Myanmar more than 1,000 years ago. As of 2016, approximately 1.3 million Rohingyas live in Myanmar and about 300,000 to 500,000 live in Bangladesh.
RELATED TOPICS